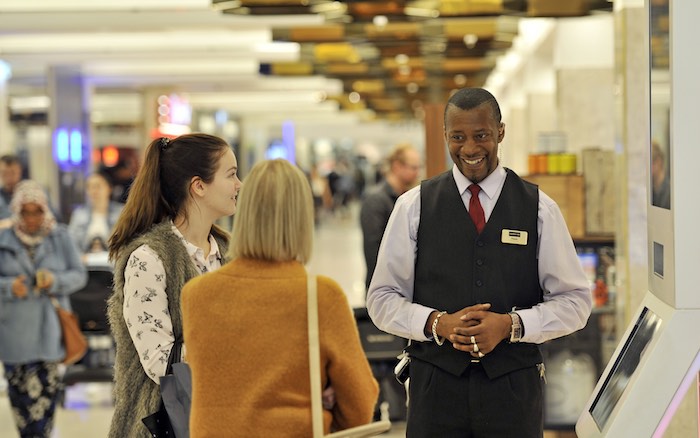 Centre:mk has won a major international award for its customer-centric culture.  At the second International Customer Experience Awards, held in Amsterdam on November 21, centre:mk’s management team, led by Centre Director, Kevin Duffy, beat a shortlist of highly regarded businesses from around the world to win the coveted award.

The award recognises the importance centre:mk’s team places on people and the work culture to deliver a distinctive and memorable guest experience.  Over the last three years, centre:mk has been transformed through a £50 million programme of investment entitled ‘Re-imagining an icon’.  Central was a drive to enhance the experience for visitors, placing particular emphasis on the centre’s employees to build loyalty and repeat visits that would lead to increased retailer performance.

A culture shift programme was introduced for the centre’s employees, which focused on delivering an outstanding guest experience. A set of values brought this to life and was complemented by a comprehensive brand immersion programme to instil the organisation’s  ethos into the behaviours of everyone working there.

To ensure successful implementation and to measure effectiveness, the centre:mk’s leadership team used an annual employee engagement survey, tracking a number of measures which revealed improvements in 14 out of 15 categories by up to as much as 17%.

In addition, mystery shop surveys were conducted to independently evaluate the guest experience. The results highlighted a shift in the centre’s customer experience rating from 64% in 2017 to 95% in 2019. This places centre:mk as the highest-rated of all the centres managed by CBRE. These results translated into a 1.13% increase in footfall in 2018, compared to a decline nationally for the year.

Commenting on the award win, Kevin Duffy, centre director, said: “To be shortlisted amongst such highly regarded brands from around the world was an achievement in itself, but to win is a very proud moment for all of the centre:mk team.  The award recognises how vital it is to value, empower and engage with the people you work with.  By doing so, we have created a better experience for our guests, which is reflected in the centre:mk out-performing so many of the industry’s key performance indicators.  I would like to thank everyone in my team, as well as centre:mk’s joint owners for sharing our commitment to our people.”

The win comes just as centre:mk is entering the peak Christmas trading period, during which footfall is anticipated to exceed seven million visits.  A number of new brands have recently opened at centre:mk to provide visitors with even greater choice, and these are being complemented this year by the UK’s largest indoor Christmas grotto in Middleton Hall.