Chiquita is excited to return to the streets of London to promote its key message of fun and healthy living with a visually vibrant campaign that will be featured on London’s iconic double decker buses running through key central transportation routes throughout the city. 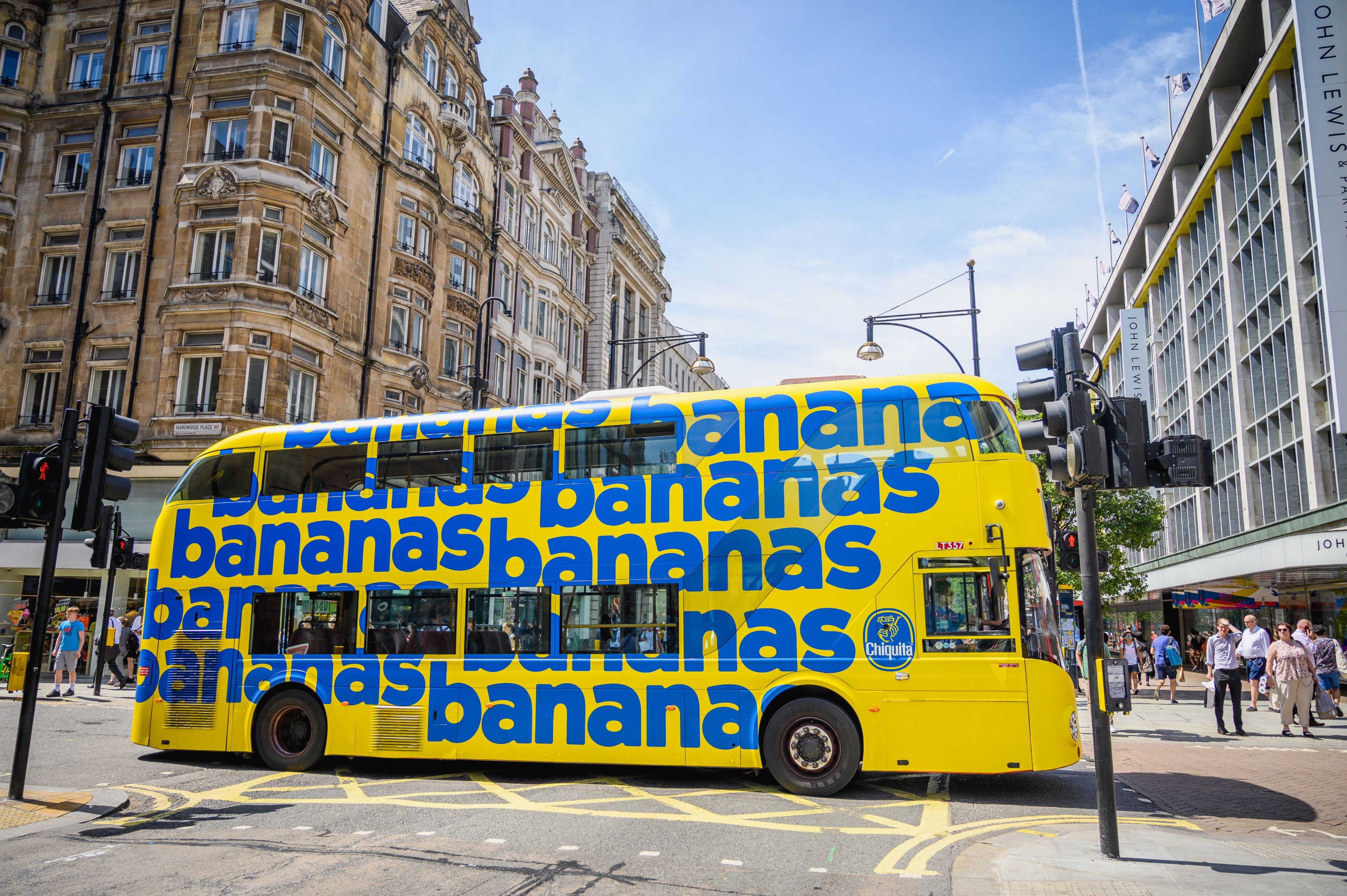 In its sixth year of running the London campaign typically aimed to reach summer tourists, this year Chiquita has shifted gears to reinforce its mass appeal to local consumers with a playful theme focused on its bananas’ superior taste. The two-month campaign will run on the iconic London Buses from September to October and will kick-off with two weeks of supplementary digital support on Cromination’s large format programmatic displays, situated on the Cromwell Road, Kensington.

“The double-decker buses are synonymous to being considered London’s national symbol,” said John Cockle, Chiquita’s Sales and Market Director, UK and Ireland. Featuring a bold and impactful yet fun and vibrant campaign in true Chiquita fashion on such an iconic platform, is a perfect combination to bring local residents a dose of fun and excitement in their everyday city lives.”

“Building on the past years’ London bus campaign success, we’re thrilled to return to London’s streets, once again encouraging local consumers to ‘Think Chiquita’ and amplify the banana category positioning to support our growth in the UK,” said John.

Chiquita has a long history of bold branding and impactful promotions that has resonated with audiences dating back to 1944 when it introduced the world-famous Chiquita jingle. Throughout the years Chiquita has leveraged strategic partnerships and utilized distinctive marketing platforms such as its iconic Blue Sticker to educate consumers on the nutritional benefits of bananas, while simultaneously innovating shared value for the Chiquita brand, it’s customers, and community.