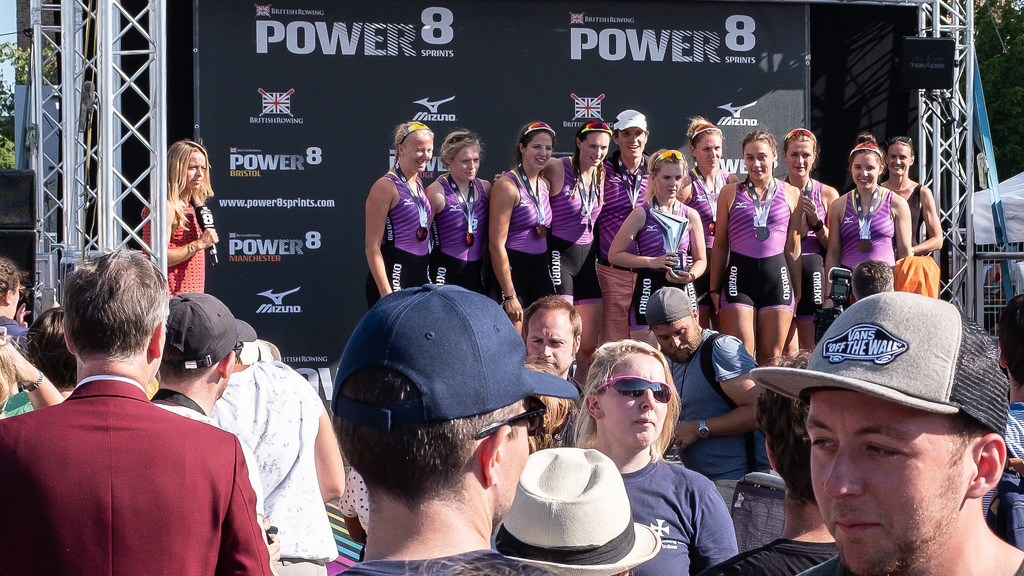 Following the inaugural and hugely successful Power8 Sprints in 2018, the British Rowing event will be returning, with the help of CSM Live, in 2019.
Headlining on the water at the Bristol Harbour Festival on Sunday, 21 July, Power8 Sprints will once again be brought to life by the branding and live experience specialists, with bold event branding helping to enhance the experience for fans, competitors and all involved.
The sprint rowing event sees crews from eight UK cities battle it out over a 350m course through the centre of Bristol in a bid to be crowned Power8 Sprints champions.
Male and female crews from each city race in eights – the blue riband event of the Olympic Games – in a knock-out tournament that sees fast and furious racing from start to finish.
At the inaugural event in 2018, Oxford’s women’s crew took home the title beating the home water favourite Bristol in dominant style. While Manchester took the men’s title in a mad-dash sprint for the line which saw them pip local crew Bristol in a new course record time of 51.30 seconds.
With over 25,000 people watching from the harbour walls, and tens of thousands watching on BT Sport, BBC online and Power8 Sprints Facebook, it made for an electric rowing event.
Andy Parkinson, CEO of British Rowing, said: “We are delighted that Power8 Sprints will return to the water in Bristol this summer.

Bristol provided the perfect backdrop for this new sprint rowing event and our partners at CSM Live ensured the races looked top class. The support from the local people was phenomenal and made for a great atmosphere. We’re looking forward to welcoming back all the cities from last year, to what promises to be another high-octane event.”

Alastair Bewick, CEO of CSM Live, stated, “CSM Live are excited to be involved again in this innovative rowing event, where we’ll be using our experience and know-how to set the stage at Bristol Harbour. If the Power8 Sprints are anything like last year, it will be another fantastic event.”
Bristol, Cambridge, Exeter, London, Manchester, Newcastle, Nottingham, Oxford will all return to race in Bristol on 21 July, as they battle to wrestle back the title from winning crews Manchester (men) and Oxford (women).
Share: