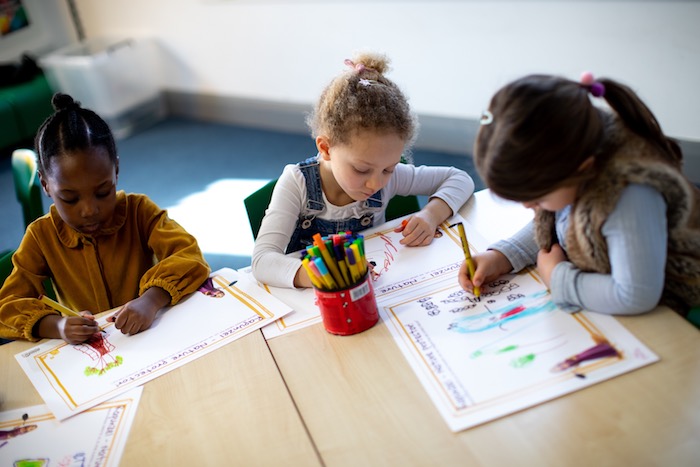 New research reveals that ‘being kind to others’, ‘people not having enough to eat’ and ‘protecting animals and their habitats’, are among the top 10 issues that UK children are most concerned about in 2019.

The poll of over 1,000 4 – 14 year-old girls and boys was commissioned by Disney UK, as part of its Dream Big, Princess campaign, which asked children to identify the issues that they most want to fix or improve in the world, ranging from cleaning the ocean, to world hunger.

The research also found that children are becoming more socially conscious with 64 per cent feeling that they have the power to make the world around them a better place. Almost half (48 per cent) of all children polled also said they were prepared to stand up for the things they believe in, with 23 per cent having already campaigned about things they care about at school. Nine per cent of children have even written to the Prime Minister or their local MP to ask that they look into an issue they are worried about.

Understanding that these issues are front of mind for a generation of socially conscious children, Disney has partnered with invention experts, Little Inventors, to inspire them to share ideas that could help change the world. Harnessing the qualities of the Disney Princess characters, from Ariel’s curiosity to Merida’s bravery, children are being encouraged to use their imaginations to come up with invention ideas with no limits.  The child behind the best invention submitted will receive a one-of-a-kind piece of artwork of themselves brought to life by Walt Disney Animation Studios legendary animator, Mark Henn, who animated Ariel, Jasmine, Tiana, Mulan, and Belle.

The research also showed that children aged eight were most likely to feel it was really important to do a job that makes the world a better place (34 per cent). With over 90 per cent wishing they could invent something to make the world a better place. When it comes to positive roles models, the research revealed that girls are twice as likely to be inspired by women, then by men.

In answer to where children find their information about issues facing the world today, school is named the number one source (49 per cent), followed by their parents (42 per cent), then online channels such as YouTube (27 per cent).

Marianthi O’Dwyer, Vice President, Franchise at The Walt Disney Company comments: “Disney Princesses have inspired generations of children to dream big and believe in themselves. From the free-spirited and determined Jasmine, to the adventurous Rapunzel, the Princess stories show time and time again how incredibly resilient they are, overcoming obstacles with courage and changing their world in their own special way! We believe it’s important to inspire young people to have the courage to right wrongs and use their wonderful imaginations to make the world a better place and we hope to see as many children as possible get inventing and take part in this inspiring Little Inventors campaign.

Katherine Mengardon, chief educator and head of operations at Little Inventors comments: “Children need to know that what they think and what they do can have the power to make a difference. It is these sparks of light that unlock potential, that sharpen determination and build confidence. It’s great to see Disney using the power of its Princesses to nurture, encourage and celebrate creativity and inventiveness in this way. Children have such a wonderful way of seeing the world without the constraints that creep in with age and experience and I can’t wait to see what incredible ideas they will come up with as part of this challenge.”

Amali de Alwis, CEO of Code First: Girls and judge of the Dream Big, Princess competition comments: “It’s so powerful to hear children say that they want to make the world better and that they also feel empowered to do so. Through my work I get to see how with a little support and encouragement we can support girls to do incredible things. Especially with children becoming socially conscious at such a young age, it’s vital that young children feel that they have the tools and a platform to be creative, and I’m excited to see this campaign encourage and support children to realise their great ideas.”

Top 10 things that children most want to change in the world: