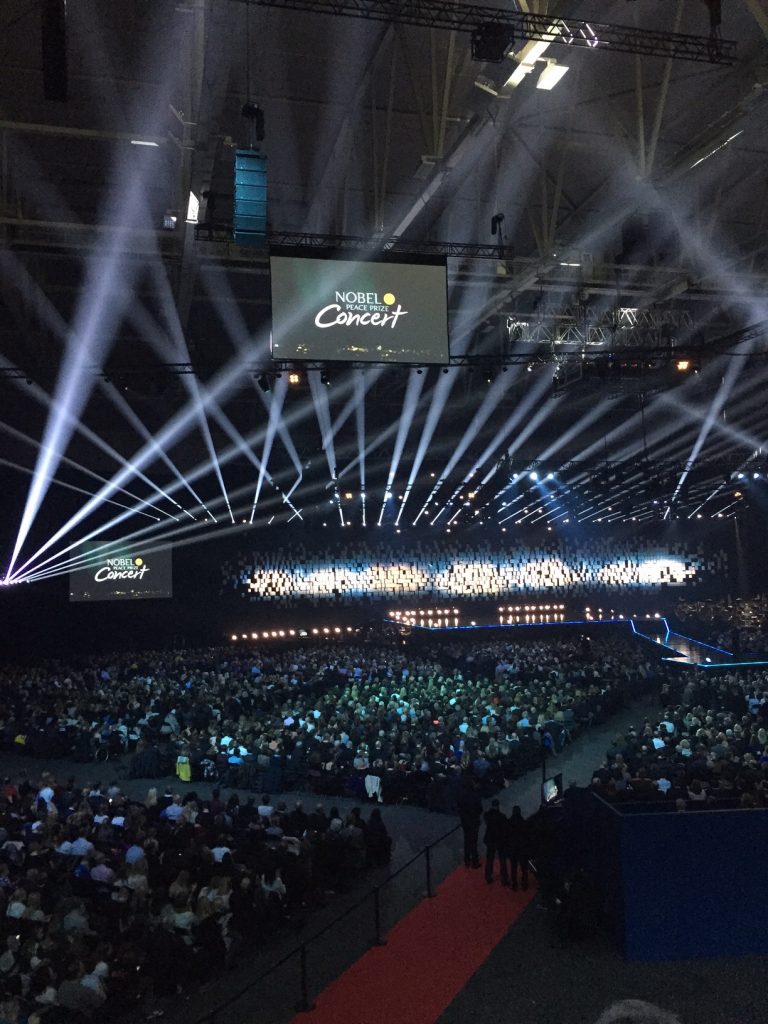 The agency’s new business performance to date and growing team has demanded larger premises. As of last weekend, GPJ are calling the Telenor Arena its new Norwegian home. Telenor Arena is Norway’s largest events venue with a capacity of 23,000, and has hosted world renowned acts such as the Eurovision Song Contest, as well as concerts by artists  such as Justin Bieber, Lady Gaga, Beyonce and The Rolling Stones.

Christian Stenseng,County Manager Norway, and his team held an exclusive launch party for its Norwegian clients and prospects, journalists and industry influencers at its new office within the walls of the arena.

A  benefit of GPJ’s new address at the arena is its integral relationship with the venue – as part of the agency’s launch event programme, its guests were escorted to the arena floor itself, where they watched the Nobel Peace Prize Concert.

Over 8,000 people paid tribute to this year’s Prize Laureate, President of Colombia Juan Manuel Santos, awarded for his resolute efforts to bring the country’s more than 50-year-long civil war to an end. Artists from around the world performed, such as Halsey (USA), Marcus & Martinus (Norway’s latest pop exports), Icona Pop (Sweden), Juanes (Colombia) and Sting (UK), whilst the concert was hosted by American television host and comedian, Conan O’Brien.

Jason Megson, managing director, added, “Christian and his team have grown the GPJ business quickly and decisively from the outset. Working from within such a key venue like The Telenor Arena brings obvious benefits to our client offering. It also demonstrates our wider footprint and ambition of GPJ not only within Norway, but across Scandinavia as a whole.”