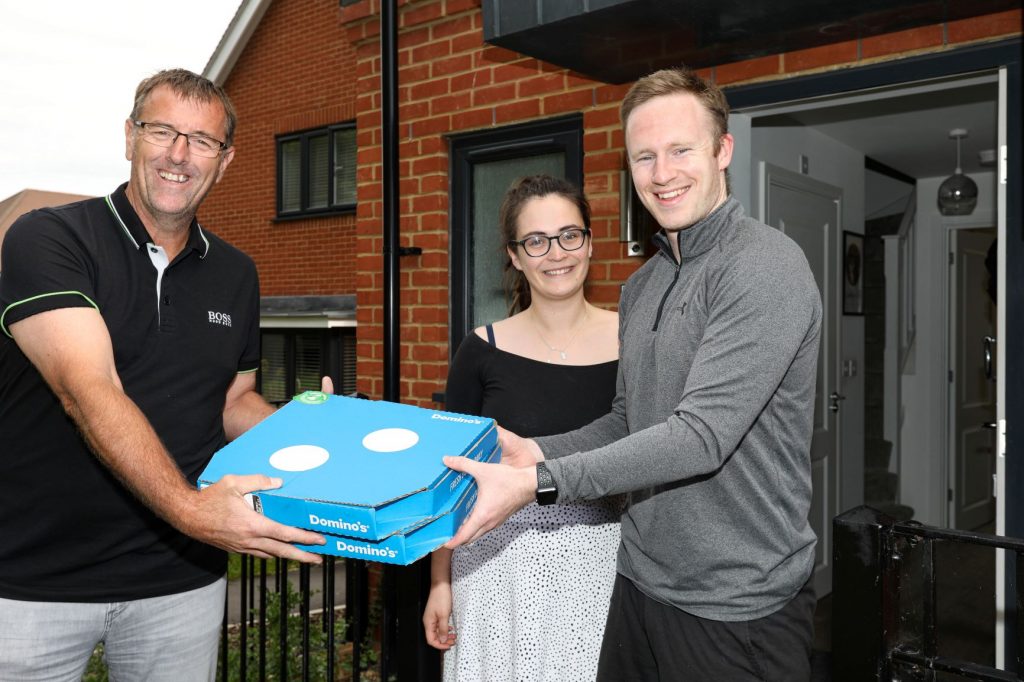 Club legend Matt Le Tissier was on hand to deliver Domino’s pizza to workers as a thank you for their efforts over the last three months, during which time Saints Foundation have been actively supporting the local community.

Jess Hulbert, Health Projects Co-ordinator, received a pizza delivered by the former Saints star for her work helping to keep older people active and co-ordinating the Saints Foundation’s prescription delivery service, which has delivered over 1,600 prescriptions to vulnerable people across the city.

The couple were rewarded with a well-deserved pizza for their contribution to the 4,500 phone calls Saints Foundation made to participants of the charity’s programmes, totalling over 40,000 minutes of contact with those in isolation.

Coaching & Training Development Officer, Lee Nicholas was also celebrated with a free Domino’s, having co-ordinated an extensive programme of CPD webinars for Saints Foundation staff and a unique collaboration with other football club Foundations across the country.

Football & Sports Development Officer, Gareth Byres was able to refuel with a pizza after raising over £800 for Saints Foundation by running a full marathon in twenty 1.3 mile loops from his house.

Former Southampton star, Matt Le Tissier said: “I’ve seen first-hand the impact Saints Foundation has had on the local community during this difficult time. Alongside them, I have helped their staff deliver food to those most in need.

“I’m proud to have been named an official ambassador of Saints Foundation recently and its humbling to be able to reward the brilliant staff for all their hard work over the last few months.”

Domino’s Pizza Hampshire Franchisee, Wayne Benson said: ‘’Now, more than ever is the time to demonstrate strong community spirit and celebrate those who go the extra mile to support those in need during lockdown. We’re thankful for all the Saints Foundation members have done and are proud to work with our partners, Southampton FC, to show our appreciation with a delivery of fresh Domino’s pizza to reward key workers on behalf of the Hampshire community.

Throughout the pandemic, Domino’s has given away over £4 million worth of free pizza to the NHS and other key workers nationally. In Southampton alone, the local Domino’s stores have given away over 3,400 free large pizzas to help keep the NHS, GP Surgeries, Pharmacies, Care Homes and Teachers going.”