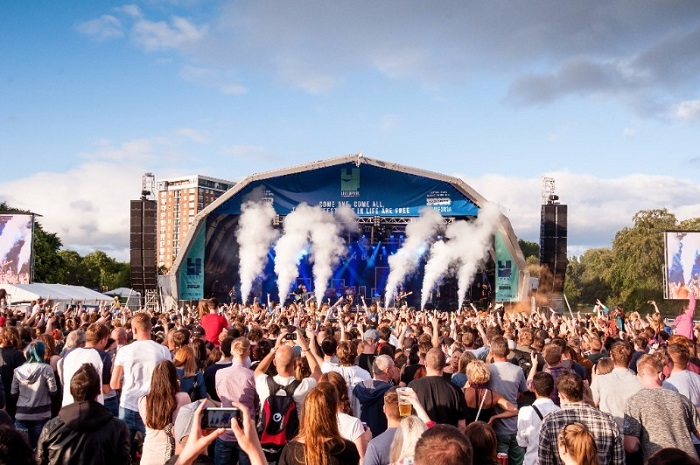 Train operator, London Midland, is to be the headline partner of Liverpool International Music Festival’s fifth outing this year. The partnership brings together LIMF; the celebration of Liverpool’s status as a global city of culture with one of the rail industry’s most innovative supporters of arts and entertainment. LIMF takes place between 20th-23rd July with the likes of Gorgon City, Fleur East, Corinne Bailey Rae and many more appearing at Sefton Park.

London Midland’s commercial director, Richard Brooks said “London Midland is proud to be associated with LIMF 2017. We have a strong track record of supporting the arts across our network from Liverpool to London and across the West Midlands. Music has a great ability to bring people together. We believe that by getting closer to the communities we serve we can learn more about what is important to our passengers and create simply better journeys for everyone. Liverpool is one of our most popular destinations and a UNESCO World City of Music. It’s a perfect partnership.”

Mayor of Liverpool Joe Anderson comments “We are delighted London Midland has joined us this year to be our partner for this incredibly popular event.To have such a reputable private sector company keen to be involved in our music festival is a real coup, and it’s great that they understand the value of free events and the boost they bring, not only to the local economy, but to the lives of residents and visitors. With London Midland’s support we will reinforce our standing as a must-visit tourist destination and at the same time ensure Liverpool’s global reputation for staging free outdoor and accessible events continues to grow.”

In addition to LIMF, the train company supports a range of arts programmes across its network as well as offering all London Midland trains to and from Liverpool offering free entertainment and WiFi to both first and standard ticket holders. London Midland was the first train operator in the world to offer free films, TV programmes, magazines, ebooks and WiFi without the need to download an app.