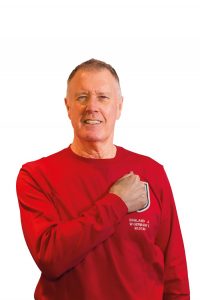 The Bobby Moore Fund for Cancer Research UK has launched its new national campaign for Football Shirt Friday. Created by London based customer engagement agency, PSONA, the first spot, ‘Team Believe’, will feature for the first time on the cancer research UK website.

The campaign, which aims to raise awareness and funds for Cancer Research UK’s work to beat bowel cancer, also comprises of digital (including social), print and OOH, which sees the adverts shown on the big screens during the FA cup Semi-Final in April.

The spot sees footballers, children and fans coming together to form Team Believe. They all repeat the mantra, “I believe”, in reference to the ambition of beating the disease.

Football Shirt Friday, returning for its fifth year, is a fundraising initiative that asks people to wear their football shirt and donate £2 to the Bobby Moore Fund. The day draws inspiration from a famous image of Bobby Moore, taken in the 1970 World Cup, where he swapped shirts with Brazilian legend Pele. Since then, the sign of respect between opposing players is known by football fans the world over.

Stephanie Moore MBE, Bobby’s widow and founder of the Bobby Moore Fund, said: “Football Shirt Friday is a huge day for us and is vital in helping us fund Cancer Research UK’s life-saving research into bowel cancer. We want to get as many people as we can wearing their football shirts on Friday 28th April and PSONA has helped us build a real sense of excitement around the campaign.

“The creative PSONA has developed really captures the passion of a football fan and demonstrates how, by applying this ambition and determination to beating bowel cancer, we can make a real difference.”

Neame Ingram, ECD, PSONA added: “The passion and dedication we’ve seen for this cause – from the celebrities involved to the public at large – has already been amazing. We want everyone to join Team Believe and unite in the fight against bowel cancer. Quite simply, if you believe we can beat bowel cancer, wear your football shirt on Football Shirt Friday. It’s been an honour to help the Bobby Moore Fund and hopefully we’ve played a part in putting Football Shirt Friday on the map.”