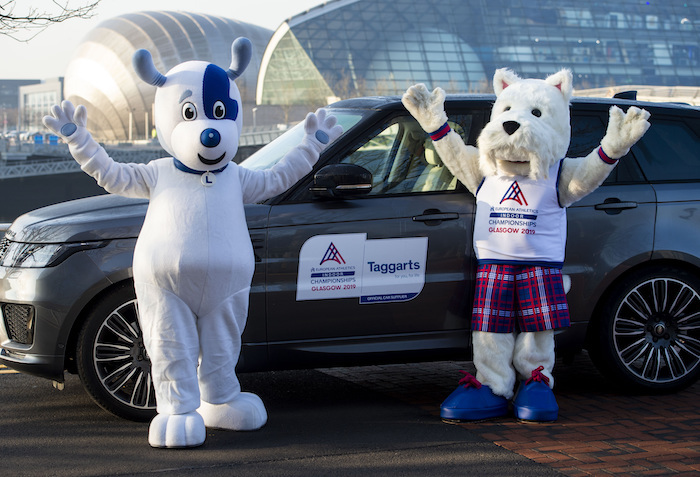 Taggarts Motor Group is celebrated the success of British athletes at the European Athletics Indoor Championships in Glasgow, which saw it provide an official fleet service.

The three-day event at the Emirates Arena, saw a host of British athletes come away victorious, including 25-year-old Scot Laura Muir, who won the 1,500m and 3,000m events two years after claiming both in Belgrade.

Elsewhere there were golds for fellow Brit Shelayna Oskan-Clarke in the 800m and silver medals for Jamie Webb, also in the 800m, Holly Bradshaw in the pole vault and Tim Duckworth in the heptathlon – in a Championships that saw Great Britain finish second in the medals table behind Poland.

During the Championships, Taggarts, part of the Lookers group, provided Jaguar and Land Rover vehicles to transport the athletes, coaching teams, championship officials, delegates and VIPs during the lead up to the event and across the three days of competition.

Brian Herlihy, head of business at Taggarts Jaguar Glasgow, said “We are extremely proud and honored to have played such an important role at this year’s European Athletics Indoor Championships. Taggarts has a long history of supporting a range of sporting projects, whether it’s local grass roots clubs or international sporting occasions. We feel it is an important part of our role within communities and an important way of helping our sportsmen and women as they work hard to compete at the very highest level.”

Billy Garrett, director of sport and events at Glasgow Life and Co-Chair of the Glasgow 2019 Steering Committee, said: “It was great to have such a reputable company on board as official fleet providers for this year’s Indoor Championships. Taggarts have a long-standing reputation as sponsors of major sporting events in Scotland and we were delighted to have them on board.”