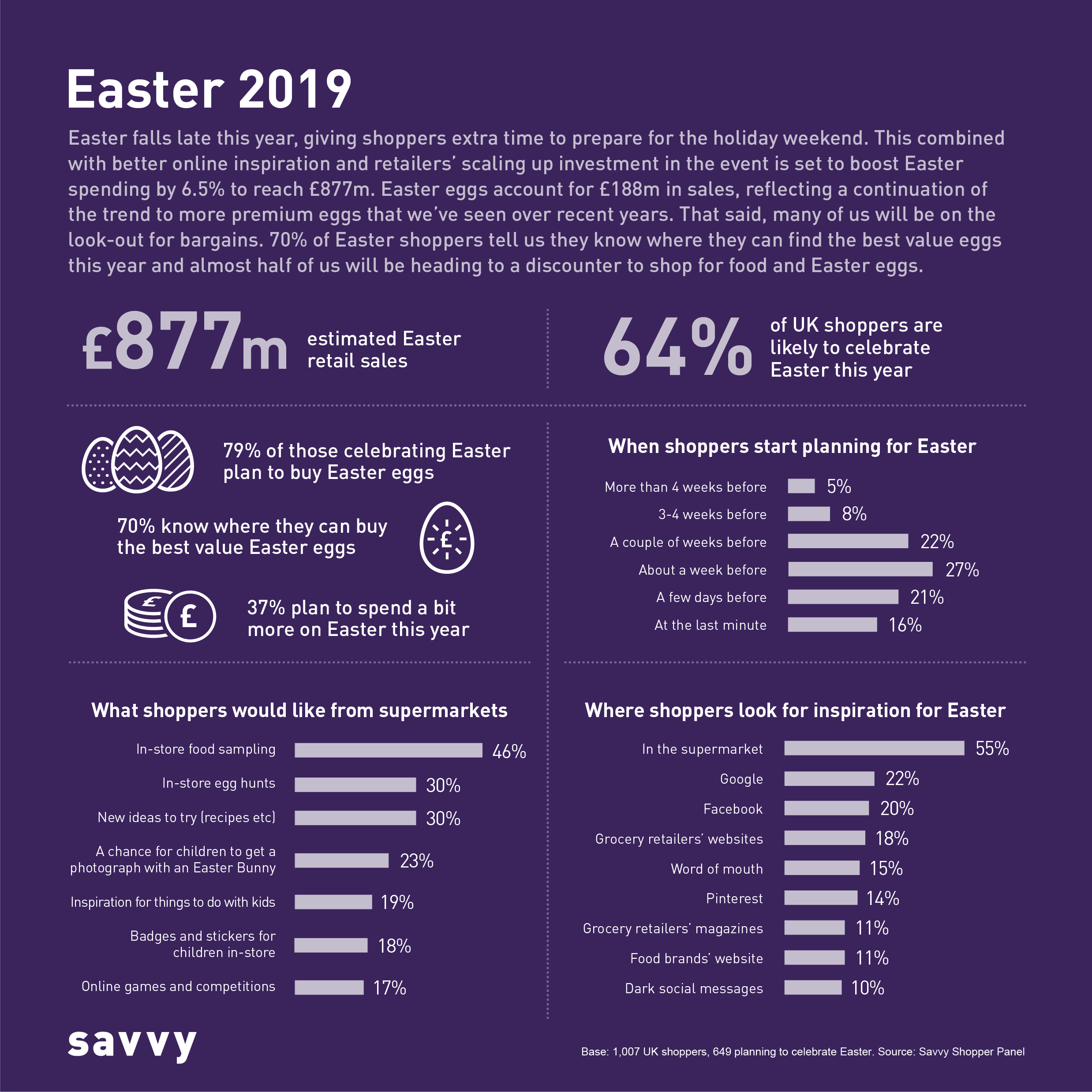 New research from retail and shopper marketing agency, Savvy, has revealed Easter spending plans for UK shoppers. The survey (of 1,000 household shopping decision makers) indicates 64 percent will celebrate the event and that we’ll see a spending increase of 6.5 percent on 2018 figures – to £877m.

Alastair Lockhart, insight director at Savvy Marketing comments: “Easter falls late this year, giving shoppers extra time to prepare for the holiday weekend. This combined with better online inspiration and retailers’ scaling up investment in the event is set to boost Easter spending by 6.5 percent to reach £877m. Easter Eggs account for £188m in sales, reflecting a continuation of the trend to more premium eggs that we’ve seen over recent years. That said, many of us will be on the lookout for bargains. 70 percent of Easter shoppers tell us they know where they can find the best value eggs this year and almost half of us will be heading to a discounter to shop for food and Easter eggs.”

Key research findings from the shoppers who do plan to celebrate Easter (64 percent of UK shoppers):