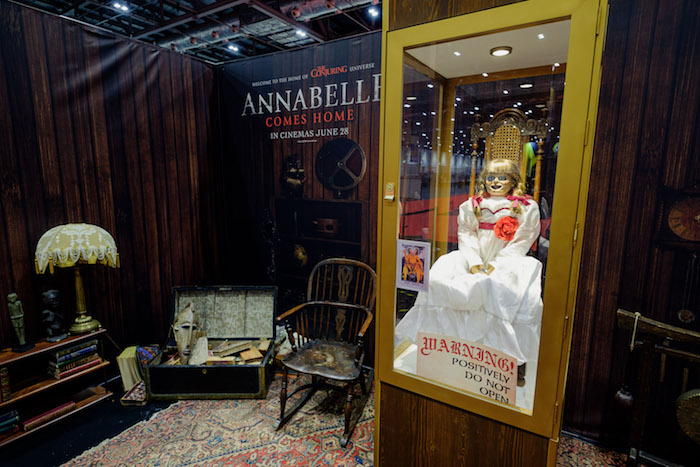 New research reveals that Instagram is the social media of choice for Comic Con attendees, with some 43% saying they’d pick the photo sharing platform over any other. This is a marked growth since the last poll at MCM London Comic Con in October 2018, where just 28% picked Instagram as their favoured social media. Facebook (33%), Twitter (16%) and Snapchat (4%) have all rapidly slid down the rankings.

Pop Culture Marketing agency Experience12 polled 1,167 fans on the ground at the MCM London Comic Con convention this Bank Holiday weekend, exploring consumer habits when it comes to content consumption, gaming and which new releases they are most looking forward to.

The survey results show the continued decline of live broadcast TV, with just 7% picking it as their preferred way to view content and almost two thirds (62%) of attendees saying Streaming Subscriptions are their favourite way to watch. When it comes to specific services, Netflix came out on top with 83% of the vote well ahead of Amazon Prime and Now TV.

The battle for dominance between film and TV rages on, with film coming out on top thanks to some 63% of attendees saying it’s their preferred format, perhaps as a result of the success of Avengers: Endgame. The record-breaking blockbuster has impacted perceptions of the fantasy worlds too, with 83% picking Marvel over DC who were picked by just 17% of attendees.

Chris Whittle, founder and managing director at Experience12, said: “Fans who attend Comic Con are by and large early adopters when it comes their content consumption habits, which is why speaking with them on the ground at the show is always a really interesting litmus test for upcoming trends. These findings demonstrate the ongoing decline of traditional live broadcast TV, but also threw a slight curveball in the form of a spike in film popularity in the Film vs. TV debate, where film has been on a downward trajectory for several years. This suggests that quality is more important to fans than format and brands should take note of this.”