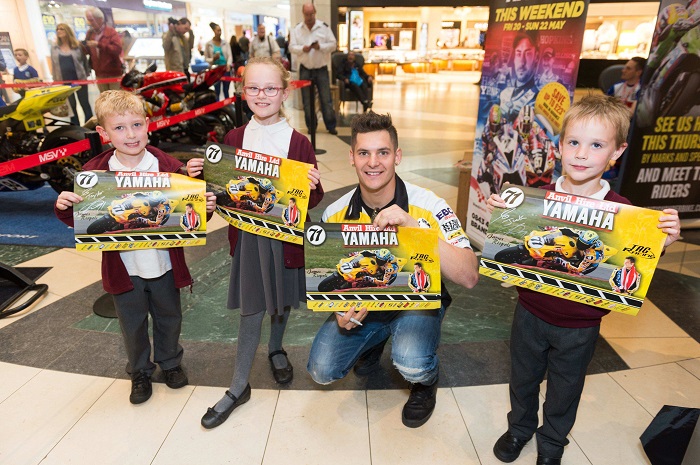 The MCE British Superbike Championship arrived in Kent for the next round of the series at Brands Hatch on May 20/21/22 at Bluewater.

At an exclusive launch event last Thursday guests were able to get up close with the racing Superbikes at Bluewater ahead of them hitting the Kent circuit a day later. The 200bhp racing motorcycles can reach speeds of over 180mph and visitors to the destination could get a closer look ahead of the weekend’s action. The display featured the official Nissan GT-R Safety Car for four-wheel fans and Chris Walker’s British Sidecar contender.

There were also chances during Thursday to meet some of the MCE British Superbike Championship’s biggest stars with a meet and greet session from 13:30 – 14:30 and a second appearance later in the afternoon between 15:30 – 16:30. Riders appearing at Bluewater during the afternoon include four-time champion Shane ‘Shakey’ Byrne and championship leader Christian Iddon plus a host of their biggest rivals ahead of the next two races of the 2016 season.
MCE British Superbike Championship Series Director Stuart Higgs commented: “I am delighted that in partnership with the team at Bluewater we are able to bring the Championship to one of Kent’s biggest and most popular destinations outside of London. The centre is just a short drive from Brands Hatch and this gives both followers of the series, and guests visiting Bluewater, the chance to get closer to some of the sports’ biggest stars before they are on track just a day later.”

Sharon Smith, commercial partnerships manager at Bluewater, added: “We are thrilled to welcome such a high profile event to Bluewater and one which will be popular with all of the family. The meet and greet sessions give the event a great interactive element and will offer something completely unique and exciting for our guests to enjoy.”