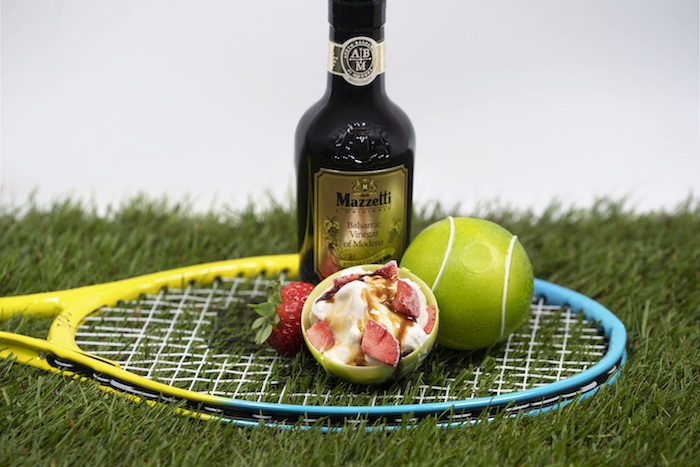 Earlier this year, tennis player Andy Murray announced his retirement after Wimbledon – however, thanks to a successful surgery and recent win at Queens, Andy is back to his best.

To celebrate his comeback, Mazetti Balsamic Vinegar of Modena and Four Winters Ice Cream Parlour have doubled up to serve up what could be the most instagrammable dessert this tennis season.

Dubbed ‘Break The Serve’, The dessert comes with a tennis racket  and requires tasters to smash into the chocolate shell to reveal the ice cream core topped with a balsamic vinegar and caramel sauce along with fresh strawberries.

All Andys who show their ID will be able to get their hands on a complimentary serve every day for the duration of Wimbledon (1stJuly – 14thJuly 2019). To take advantage of the deal (cap of one serve per day, per person), Andys need to simply head down to Four Winters on London’s Gloucester Road.

Mazzetti Balsamic Vinegar of Modena recently launched into the UK with its aged and non-aged Balsamic Vinegar variants, demonstrating to consumers the wide variety of delicious dishes and ingredients that can be paired with balsamic.

For those who don’t share the same name as the British tennis champ, The Break the Serve ice cream is available from 1st– 14thJuly 2019 at the Gloucester Road store, priced at £5.