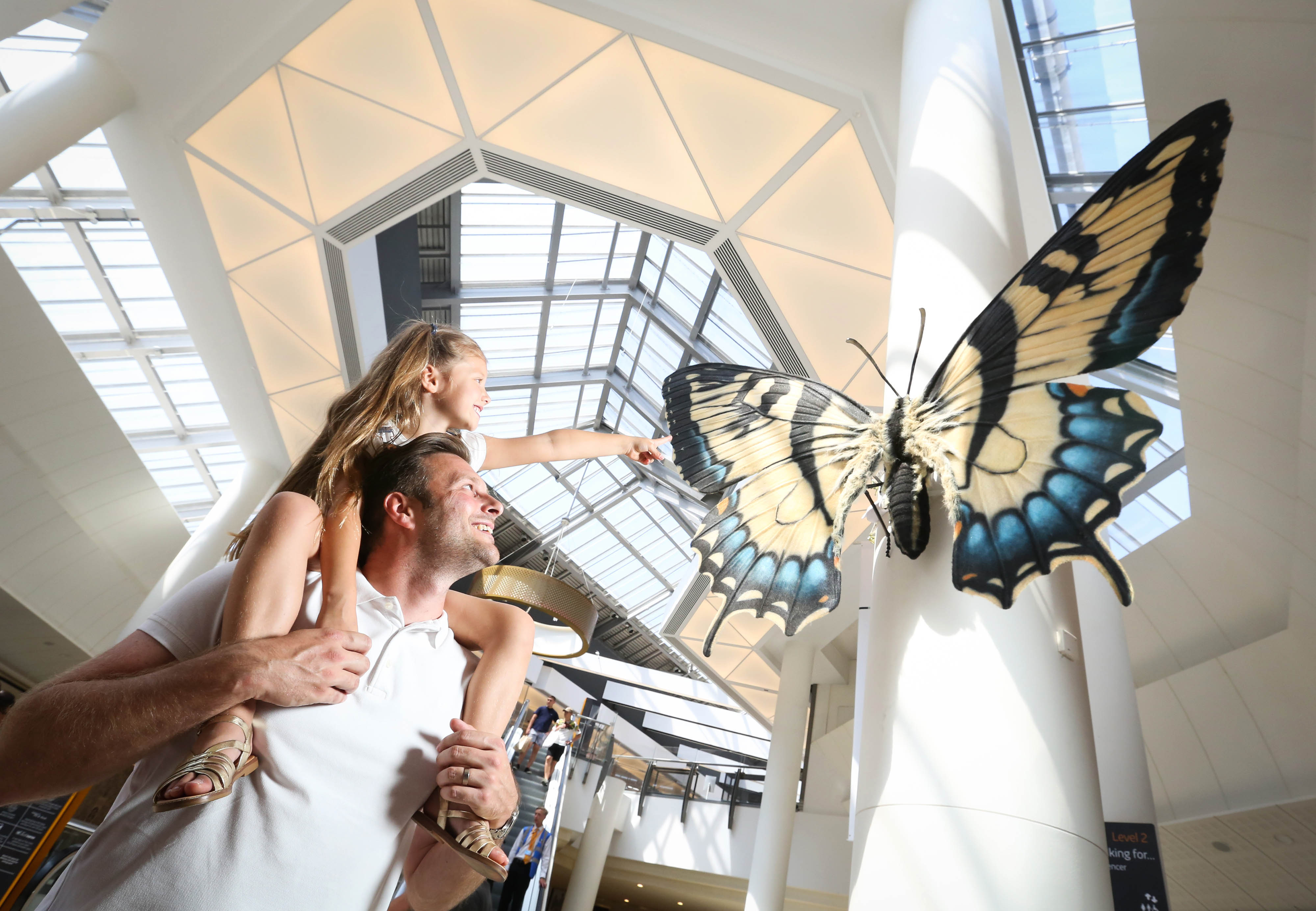 The initiative is being backed by naturalist Chris Packham and features 12 supersized, indigenous bugs including the honeybee, ladybird, hornet, swallowtail butterfly and the nut weevil. It launches at intu Lakeside today and will be on display until the end of July before spending the next year visiting 12 other intu centres around the country including intu Trafford Centre, intu Metrocentre and intu Braehead.

The campaign to reconnect kids and adult to nature comes as reports show children are now better at identifying Pokemon characters than British wildlife, despite a £10 million pledge from Government to encourage children to get closer to nature.

Research by intu found that almost four in five parents (78 per cent) want their children to be more connected to nature and 86 per cent think they spend too much time looking at screens, but one in six children in the UK (17 per cent) have not set foot in a park or forest in the last 12 months.

One in five children (21 per cent) were unable to correctly identify a bee while one in four children (25 per cent) have not seen a caterpillar in over a year. One in ten kids (10 per cent) did not know honey came from bees.

Over a third of adults (35 per cent) of adults say they see far fewer bugs in their gardens now than five years ago with nearly half (49 per cent) saying they are worried about the decline in insects but didn’t know how to help.

Roger Binks, customer experience director for intu, said: “We know that a closer connection to nature makes people happier and Big bugs on tour is an opportunity to help educate adults and children on the importance of the bugs in their gardens and put a smile on their faces.

“Over 35 million people shop at intu centres every year so we hope bringing them face-to-face with these giant British bugs can make a real impact in how they interact and reconnect with nature, and ensure they are happier than when they arrived.”

Naturalist Chris Packham said: “We are facing a crisis in our countryside. I haven’t seen a single butterfly in my garden this year and more needs to be done to reconnect people with nature and start caring for and realising the importance of the bugs in your backyard. intu’s Big bugs on tour is shining a big magnifying glass on this and also putting bugs into school classrooms, and is a fantastic initiative to alert to the importance of nature in our lives.”

Big bugs on tour will be visiting 13 intu shopping centres around the country including intu Lakeside, intu Trafford Centre and intu Metrocentre between now and September 2019. It is also inspiring school classes around the country to help children learn more about bugs.

The 12 British bugs being exhibited are: