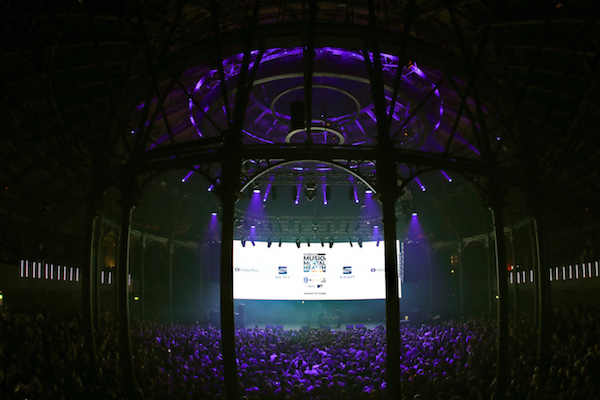 Seat UK put mental health awareness in the driving seat by supporting the charity gig, Music 4 Mental Health. At the event, held on Monday 19th November, the car brand lent its vehicles to the cause by chauffeuring acts including James Arthur and Ella Eyre in a fleet of Ateca and Leon models.

As Official Car Partner for Music 4 Mental Health, Seat UK supported a brand-new #IAMWHOLE initiative bringing together some of the most prolific names in British music for a ground-breaking fundraising concert.

The concert was awash with stars – many of whom have been affected by mental health difficulties – with Ed Sheeran first on stage, followed by Nothing But Thieves, Olly Murs, Hussain Manawer, Anne-Marie, Ella Eyre, Louis Berry and Professor Green, while James Arthur closed the gig.

The event helped raise funds for mental health charities Campaign Against Living Miserably (CALM), The Mix and YMCA and featured a discussion panel led by Rizzle Kicks’ and #Iamwhole founding ambassador Jordan Stephens. Love Island’s Dr Alex was among the panellists who discussed their own experiences with mental health.

Stephens said: “The Music 4 Mental Health event was a huge success and it was great to see such talented artists and performers come together to help raise the profile of mental health.”

A 10-strong fleet of M4MH-liveried vehicles, including Ateca, Alhambra and Leon models, transported acts across London before and after the gig, making 43 trips and covering an estimated 2,000 miles.

Richard Harrison, managing director of Seat UK, said: “Seat has a really strong connection with young people and we know that music is a genuine passion for many of our customers. Music 4 Mental Health has been a tremendous success and we’re honoured to be able to support an event that helps so many people by encouraging more open discussion about mental health.”