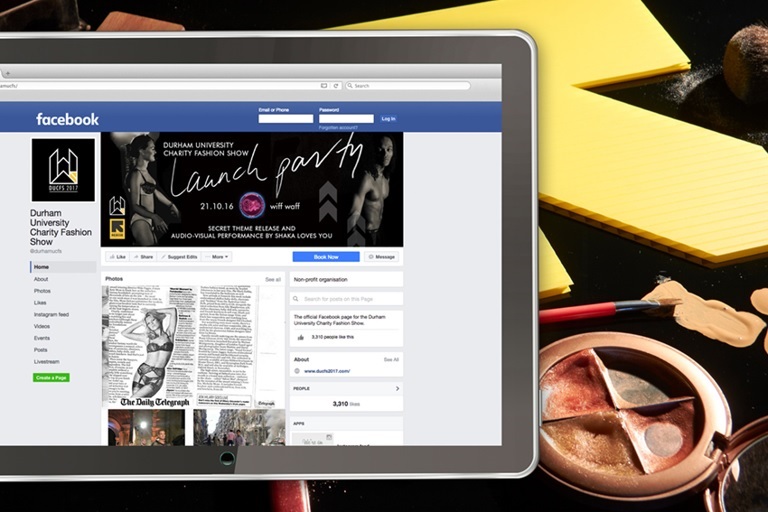 Shine Creative has been praised for its role in supporting the 34th Durham University Charity Fashion Show, in aid of the International Rescue Committee (IRC).

Shine Creative was approached to act as a key creative sponsor for the event, themed Mavericks to Movements, providing marketing and branding support. The purpose of this was to boldly inject the event with a fresh visual execution, to ensure the largest possible donation to the IRC and the support it provides to Syrian refugees.

The two-night event was held at Rainton Meadows Arena and  featured professional model Milana Traun, who took to the stage in front of an audience of over 1500 students and alumni – making it one of the largest student events in the UK. On each evening, there was an auction and raffle offering prizes, from Cosmopolitan Magazine beauty bundles, to a Vogue Centenary Diary signed by Alexandra Shulman.

The 2017 show has raised over £75,000 for the IRC’s projects in Syria – surpassing the initial aim of £50,000 making it the most profitable student fundraiser in the UK.

DUCFS 2017’s president Rowena Soons comments: “We came to Shine with a very complex brief and an ambitious business objective of communicating with multiple target audiences. They took our brief right back to the core and approached it in a completely new way, drawing together all the elements of our project seamlessly and crafting us an integrated campaign that was absolutely central to us doubling our event ticket sales.

“As President of Durham University Charity Fashion Show, I have been personally approached by students, staff and the charity we are supporting praising us on the creativity and thoughtfulness of our advertising campaign this year. As a direct effect of Shine’s fantastic design work we gained £20,000 in sponsorship (three times more than any other year) and support from national press as well as designers featured in Vogue ‘ones to watch’ feature and GQ magazine.

“We sold 1600 tickets in 3 seconds thanks to a fantastic social media campaign that had people sharing, liking and commenting on our content more than ever before. Shine’s thoughtful and fantastically creative approach to branding has been the lynch pin in raising £75,000 for the International Rescue Committee. This is the most amount of money ever raised by a student group in the UK and we have Shine to thank for that!”