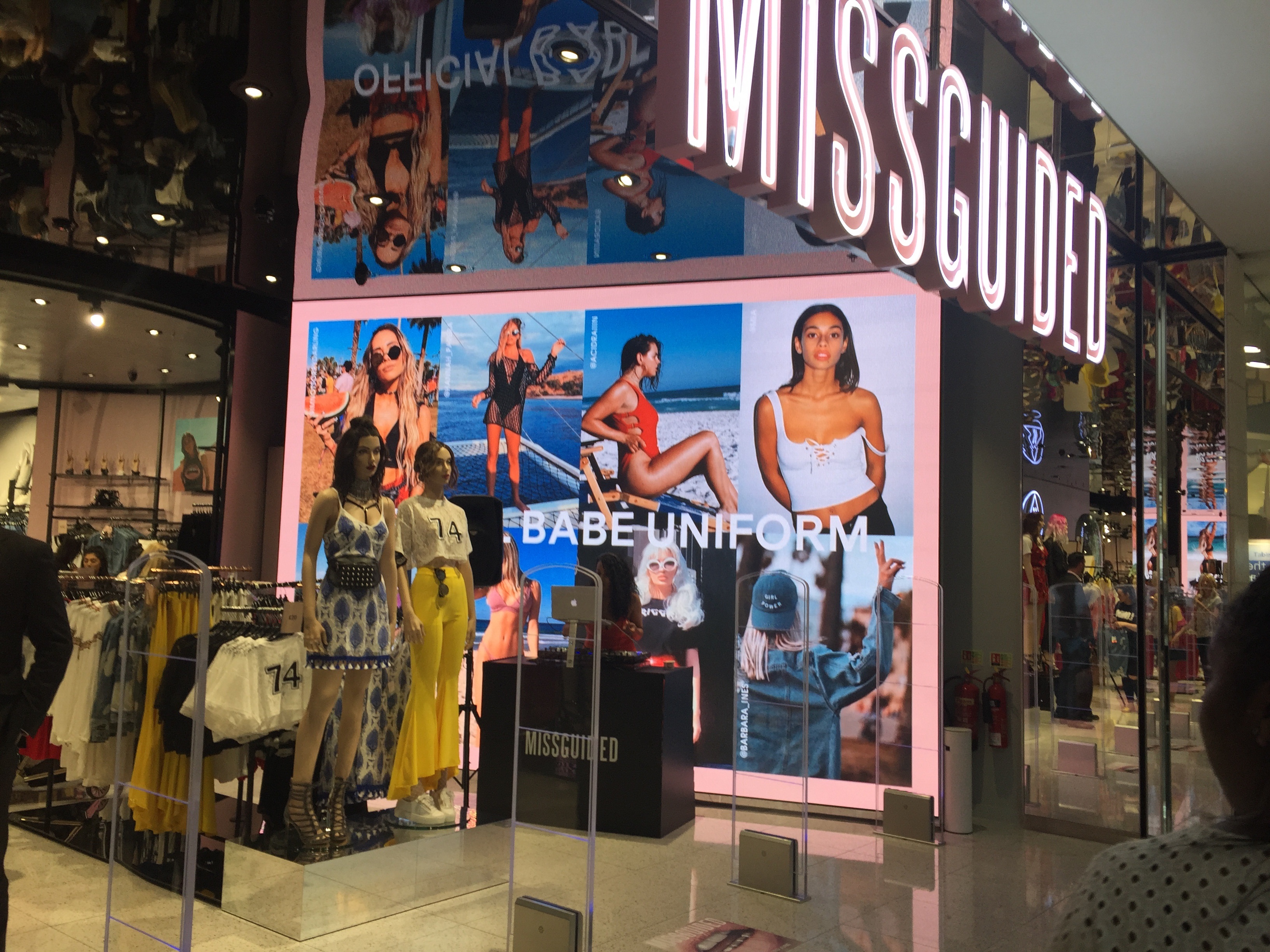 Originating as an online retailer, Missguided launched their first highly-anticipated flagship store at the Westfield Stratford City shopping centre in east London. This has since been followed by the launch of a second store in Bluewater shopping centre, Kent.

Growing on the audio visual element of the first store, which Nitin Passi, Founder and CEO of Missguided, commented was key in “helping to create the immersive atmosphere”, Smart LED was once again commissioned to lead on the permanent AV in the project.

For the second store, the audio visual technology employed would be twice as big and with even more unique features than in the first store. Smart LED delivered 46sqm of 3.9mm LED and two 5m x 3.5m walls in the entrance on each flank at an angle.

The entrance screens fit floor to ceiling and are  in reach of the public. Rather than using traditional mannequins or shop displays, Missguided have opted to have zero glass-fronted windows, which means the LED screen and visual content is the key attraction in gaining attention.

“With the success of the first Missguided store that opened in Westfield back in November last year, we were thrilled to be appointed to install the LED and AV as part of their ‘On-Air’ concept for the latest Bluewater store” comments Ryan Walker, Managing Director of Smart LED. “As always, it has been a great pleasure to work with the incredibly innovative and creative team at Missguided. We are very proud that Smart LED have delivered what is such an integral part of Missguided’s fantastic new Bluewater store”.

The Missguided Bluewater store opened to the public on Monday 5th June 2017.