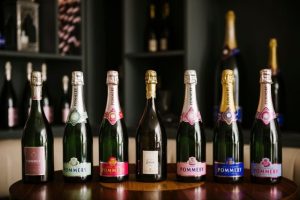 In The Bag PR, an independent Dorset based PR agency, has announced its latest client win – Champagne Pommery UK.  The Grand Marque Champagne house is located in Reims, France and exports its vintages across the globe.  Working closely with the communications team at Pommery UK, in particular Anna Wallis, In The Bag PR aims to share the Pommery message throughout the UK, with a focus on the consumer wine market.

In The Bag PR developed strong ties with Champagne Pommery after the team’s continued involvement in the Pommery Dorset Seafood Festival where they managed PR and social media for the event.  In 2017 the festival celebrated its 10th anniversary and achieved record coverage in local and national publications both online and in print.  Champagne Pommery was featured throughout.

Anna Wallis, communications for Champagne Pommery commented:“We have an exciting opportunity ahead with respect to our investment in the English sparkling wine market as well as increasing visibility across our champagnes in general.  With In The Bag PR’s strong track record and media contacts, getting them more involved is the next step in our comms plans.”