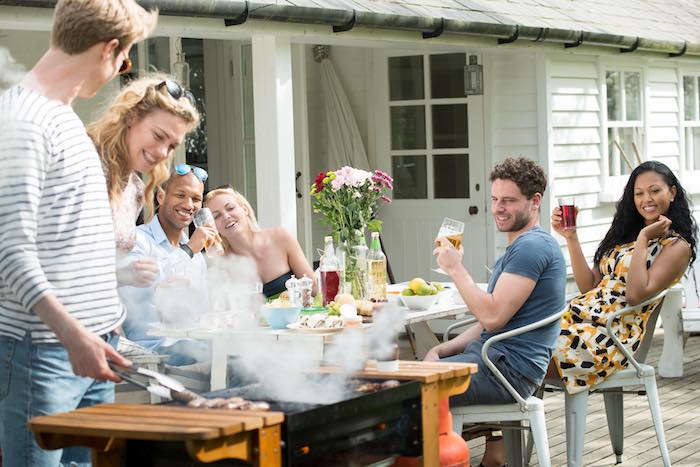 Multi-brand National BBQ Week is returning for the 22ndyear.  One of the UK’s top awareness weekshas  been responsible, since its launch in 1997, for not only being the ‘catalyst for growth in the BBQ market’but also being ‘fundamental in changing consumer attitudes to BBQ’

Launching on Spring Bank Holiday and running from 28th May until the 3rd of June, the awareness week will be incorporating a dynamic digital, PR and media focus set to reach over 25 million people.

There will also be a BBQ by the River pop up at the launch of the London’s Summer by the River festival from the 1st to the 3rd June, where a further 150,000 people will be exposed to the campaign.

This year the campaign has partnered with many household brands, including:

Competitions will be run through media, and social channels including Instagram, Twitter and Facebook with the return of the BBQ Baptas. BBQ fans will be encouraged to send in videos of their fun Barbi’s or grilling technique and results, with the aim of winning a coveted BBQ Bapta Award, a big money prize or a BarbiBoxes, full of sponsor prizes for runners-up.

Along with the UK’s leading BBQ Website full of hints, tips, recipes and guides to ‘Being a Better BBQ’er’, there is also a Barbi Blog, with messages from the sponsors and chief GrillMaster, Brian George, founder of National BBQ Week. George comments:“We are delighted to be working with such high caliber sponsors once again, and over the moon to be part of the London’s Summer by the River launch week, with the BBQ By The River. 22 years is a long time for a campaign to not only survive but to grown in strength and popularity.”

“National BBQ Week is one of the UK’s biggest awareness weeks and has helped change consumer BBQ attitudes and usage from just 9 million in 1997 to over 130 million last year with the overall BBQ food & drink market being worth around £1.3 billion, up from just £150 million back in 1997.”