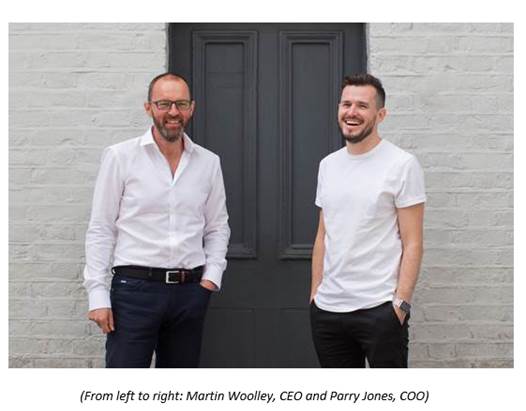 The deal sees ownership of the full-service brand response agency transferring to Woolley, Jones and their leadership team after buying out founder Jim Lewcock and family for an undisclosed sum.

Their first act was to announce that all non-director staff would receive a cash bonus and be eligible to share in a £2.5million future business growth bonus scheme funded by the exiting Lewcock family and existing shareholders.

The MBO comes on the back of a record year for The Specialist Works and just 18 months after Woolley and Jones were appointed to CEO and COO respectively. The Specialist Works has shown growth every year since launch in 2003 and saw record-breaking growth in 2017 with a 40% rise in gross profit on revenues exceeding £119m. Recent new business wins include Photobox, 23andMe and Rocket League who join a client roster including Ovo Energy, AutoTrader, Beagle Street andBoohoo.com.

Martin Woolley, CEO, comments: “The Specialist Works has grown through its independent spirit and laser-like focus on meeting the needs of our clients. Parry and I are backing our brilliant and committed teams to make The Specialist Works the agency for high-growth brands, worldwide.”

Woolley said the future for The Specialist Works would be characterised by further expansion driven by anticipating and meeting client needs.

He said there would be further investment in both people and the tech-enabled innovations which allow The Specialist Works to offer the flexibility and agility needed to respond to the demands of high-growth, response-based clients.

Jim Lewcock, exiting founder, adds: “From a single desk on Brick Lane to over 200 desks from Beijing to LA, it’s been an epic journey. Many of us have grown up together at The Specialist Works. I’ll miss the folks dearly and look forward to watching the continued wondrous growth.”

The Specialist Works now employs more than 200 people and operates across more than 40 countries with strategy, media and creative experts based in the UK, Ireland, Germany, US and China.

It has accrued awards such as The Sunday Times 100: Best Small Companies to Work For, Campaign 50 Best Places to Work: Top 5 Large Companies, and The Drum Media Agency of the Year.