An Interview with food and drink revolutionary Craig Sams 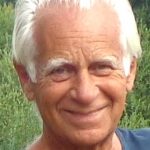 Fashion, we understand, is cyclical. Certainly, today’s growing enthusiasm for overnight oats and green tea is a phenomenon that 75-year old hip entrepreneur Craig Sams has seen before. Craig’s 1960s saw him fascinated by microbiotic food, driven by the yin and yang of dining and serving his brown rice to the various acolytes hanging around some of the iconic faces of 1966’s short-lived underground UFO Club, where Pink Floyd and Yoko Ono temporarily entwined their artistic roots, and Jimi Hendrix riffed.

For Craig the power of Zen became the power of ten when his fascination with food and fondness for fairness struck the right notes causing first Whole Earth peanut butter, then Green and Blacks chocolate to cross the line from niche to mainstream. This chilled out entrepreneurial dynamo has achieved so many of his dreams without having his principles derailed.

Organic peanut butter Whole Earth, born in the 60s, maxed out on the recent protein trend and finally, in 2015, under guidance from dutch firm Wessanen, overhauled Sun Pat as the UK’s number one brand. Green and Blacks, the brand Sams and his wife once cooked up in the kitchen, famously  sold to Cadbury for £20M, a deal over which Sams has talked about often in appropriately bitter-sweet words.  Even the £20 million softener made these hard apron strings to cut,

Energy drink Gusto is a rediscovered gem from Sam’s brand stable, a product that first emerged in homespun fashion as refreshment at a Groucho Club party to celebrate a business anniversary for Whole Earth. The brand was the brainchild of Sam’s children Rima and Karim in 1990, was sold to Wessanen in 2002, meddled with in a way that Sams didn’t like, and is now back in family hands again.

Gusto is a typical piece of Sam’s work, a challenger in a crowded market that stands up for its principles and authenticity. Hero product Gusto Cola is low calorie, free of chemicals, and Fairtrade. The cherry variant, Sams proudly sates, is made with real cherries… Softly spoken Sams likes to say ‘best possible’ a lot and it is a term he makes sound convincing. Gusto, he says, prides itself on ‘best possible ingredients.’ 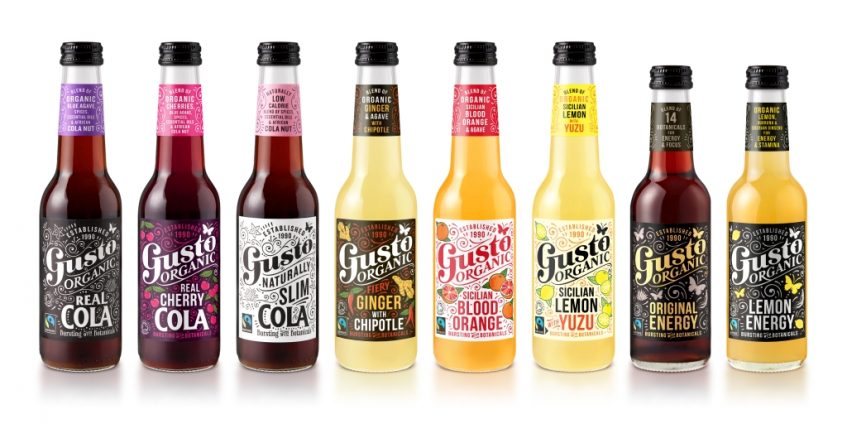 The Gusto range, ‘bursting with botanicals’, Sams says, has been easy to relaunch with an ingredients first message. He explains that so much of the cost of a product is warehousing and logistics, that skimping on ingredients is a false economy. Sams has a field team currently in action, distributing free samples to retailers, as he believes that the difference in flavour is easy to appreciate. His faith is considerable – ‘the product [once tasted] builds an unshakeable following’, he says.

The product has been established as the preferred choice at some A-List venues including Tate Modern and has traction with retailers including Ocado. Craft soft drinks is a growing market with brands like Fentimans making strides, but just as with Green and Blacks, Sams sees the opportunity as being the £15.7bn UK soft drinks industry in toto, rather than just the craft niche. Sams also wants Gusto to tackle the market as a soft drink and as a mixer at the same time, with Sam’s wife Josephine Fairley being the one to forge craft gin connections ahead of her teetotal husband . If that home team sounds like a small-scale operation, remember that this family has done it all before. There is no shortage of ambition.

Currently Gusto has smashed its fundraising targets on Crowdcube, raising £240,000. That has whipped past its £180,000 target, with great …er Gusto, and, at time of writing, there are still 12 days to go. Investors are excited. Since Austrian entrepreneur Dietrich Mateschitz took up 49 per cent of the Thai drink Red Bull and slowly turned it into a global phenomenon anything has seemed possible in the market. Could another family business make a breakthrough to billions? Sams and his family have enough credibility to suggest that lightening just may strike twice.

We are certainly in an era where authenticity is the trend. If you haven’t seen Coke’s Signature Mixers yet, Google them. The packaging harks back to Coke’s apothecary origins and allows the drinker to hold a brand-new product that feels timeless.

If there is a better purveyor of authenticity than Craig Sams, I have yet to discover them. This is the man who supplied muesli to the first ever Glastonbury! In the jostle to unveil granma’s recipes and the scramble to recapture old Hank’s best barrel method, it will be fascinating to see whether a family that has stuck to their belief in exact heritage across an era-bridging 6 decades, can have another success on their hands. What happens to Gusto will be an intriguing watch for arbiters of taste.

Gusto is currently on Crowdcube