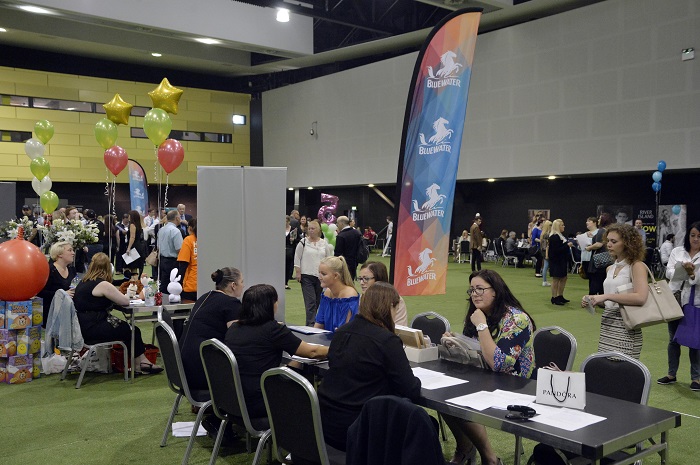 Bluewater played host to another Jobs Fayre on September 9, for the fifth year running.  This year, almost 2,000 jobs were available to candidates.

Held in conjunction with the pioneering on-site recruitment and training facility, The Learning Shop, the event was another step forward for employment rates in the Dartford region, which are now at the lowest level since 1996.

This year’s event saw the most diverse range of jobs appointed to date, including managerial positions at over 80 of Bluewater’s leading retailers and restaurants, including Five Guys, Arriva Buses, Hackett, Next, Showcase Cinemas, John Lewis, House of Fraser and Marks & Spencer.

Since its foundation, the Jobs fayre has helped match 6,050 suitable candidates to vacancies at Bluewater.  In total, the Learning Shop and Bluewater partnership, which began 17 years ago, has brokered employment for over 46,200 people and has trained in excess of 21,500 people.

The MP for Dartford, Gareth Johnson, and the Mayor of Dartford, John Burrell, attended the event, alongside Sue Rogers, the Customer Service Operations Manager for the Department of Work and Pensions.

Commenting on the Jobs Fayre, Gareth Johnson MP, said: “I am delighted to have been a part of the fifth anniversary celebrations for this year’s Jobs Fayre at Bluewater.  This key employment initiative has achieved so much for the community since it launched, and the total number of people to benefit since the Fayre’s inception is a testament to the great work by the team at The Learning Shop and Bluewater.”

Robert Goodman, general manager at Bluewater, added: “It is great to have hosted the Jobs Fayre for its fifth consecutive year, with such a range of jobs available.  The preparation courses on September 8 were a great addition this year too, providing candidates with an opportunity to hone their interview skills and ensure they were fully prepared.  This year’s Jobs Fayre was another very successful event and another positive employment story for the local community.”