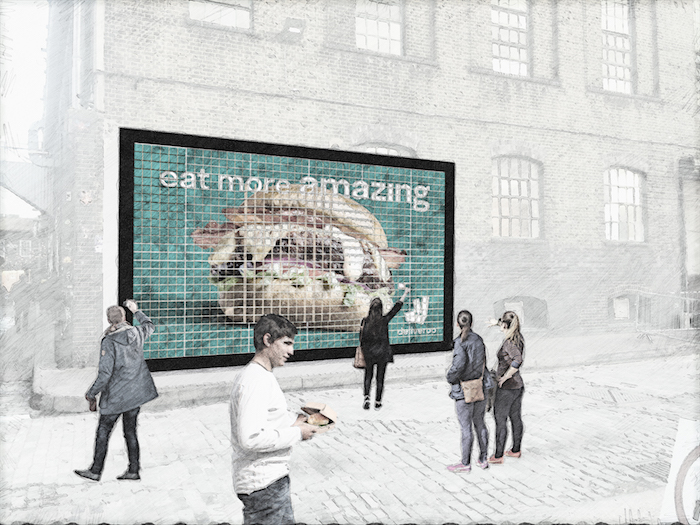 On-demand food delivery service, Deliveroo has announced that the world’s first billboard made entirely from burgers is set to come to London.

The billboard, standing at four metres, will be assembled using thousands of burgers, which will be available for members of the public to devour for free.

Burgers are one of the nation’s most popular takeaway dishes and so to celebrate this and to encourage people to eat more incredible food, Deliveroo will be constructing the huge, appetising advertising from some of the capital’s most popular burger joints.

The burger billboard will be at Truman Brewery on the 13th March between noon and 7pm.