The Crabbie’s Grand National Bar covered the duration of the event, opening from 11am until midnight from the 6th until Saturday 9th of April, serving a range of bespoke drinks for the visitors to The Grand National and Liverpool One.

Bar staff provided by Independent Events were on hand throughout each of the event days, supported by two mixologists, flaring up a storm and offering an array of specially designed Grand National cocktails which were specifically created for the event.  Crabbies very own donkey derby held pride of place on Friday and Saturday in the popup bar in the sky, along with a selection of old school racing arcade games.

Jamie Collin, brand activation manager for Halewood International said of the activation: “For the build up to the Crabbies Grand National we placed our branded Crabbies Airclad in the heart of Liverpool and in the extremely popular Liverpool ONE shopping centre. Independent Events once again supplied the promotion staff who were fantastic and really brought the activity to life, the staff were energetic and really embraced the brand and the whole Crabbies Grand National experience which generated a buzz to the consumers who not only visited the air clad but around the shopping centre in general. IE also supplied the bar with mixologists who showed off their skills and flare by serving up special cocktails using a variation of Halewood International spirits and brands” 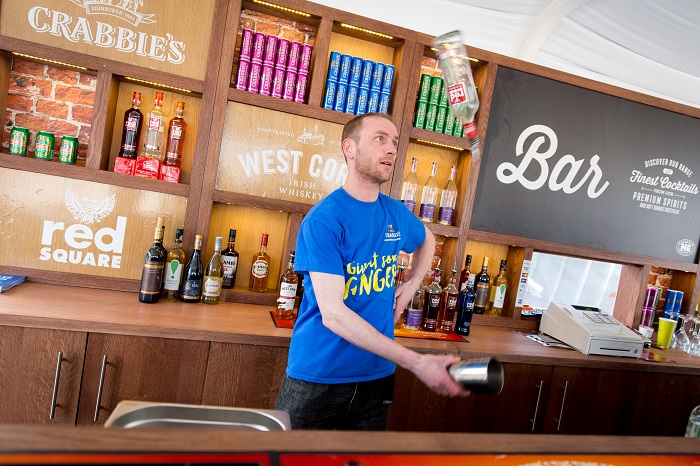