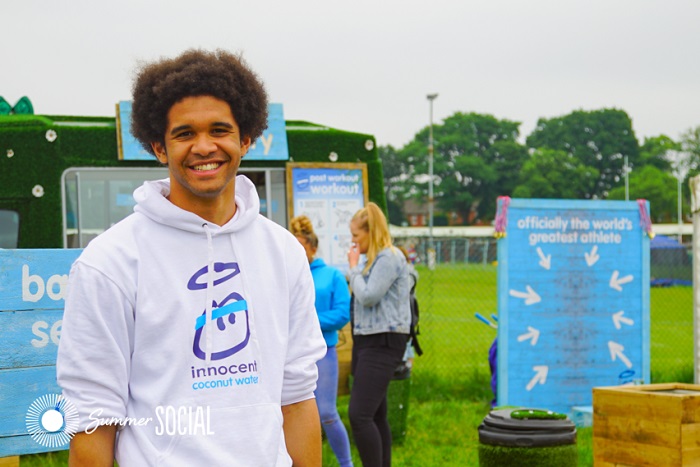 Part of innocent’s ‘ideas for natural living’ strategy, which launched earlier this year with the Farmacy campaign, the innocent Coconut Water Gym activation tours the UK from June to September. Run by Sense, it consists of a number of separate streams, showing people all the ways nature can serve the same purpose as an indoor gym

First, athletes at fixed sporting events, such as the Wolf Run, Ironman, Total Warrior and Spartan Sprint, will be provided with a branded cool down and chill out area.

Second, commuters and people leaving urban gyms will be inspired to ‘exercise wild’ by the innocent ‘membership team’ and encouraged to join the innocent Coconut Water Gym – otherwise known as the great outdoors. Third, those already ‘exercising wild’ in parks and outdoor spaces will be rewarded with free samples of ice cold Coconut Water.

“Our innocent Coconut Water teams will be travelling across the country encouraging, supporting and facilitating a wilder way to workout in all its forms,” explained Lynsey Horsfield, Account Director at Sense. “The innovative four-stream approach means we can target four distinct consumer groups in one summer campaign.”

“Inspired by drink’s properties as a natural exercise drink, the innocent Coconut Water Gym campaign aims to open the nation’s eyes to a wilder way to work out by relaunching the great outdoors as our very own gym.”

The activation kicked off on the June 4th  at the Summer Social, Richmond Park and will run throughout the summer, finishing on 18 September.