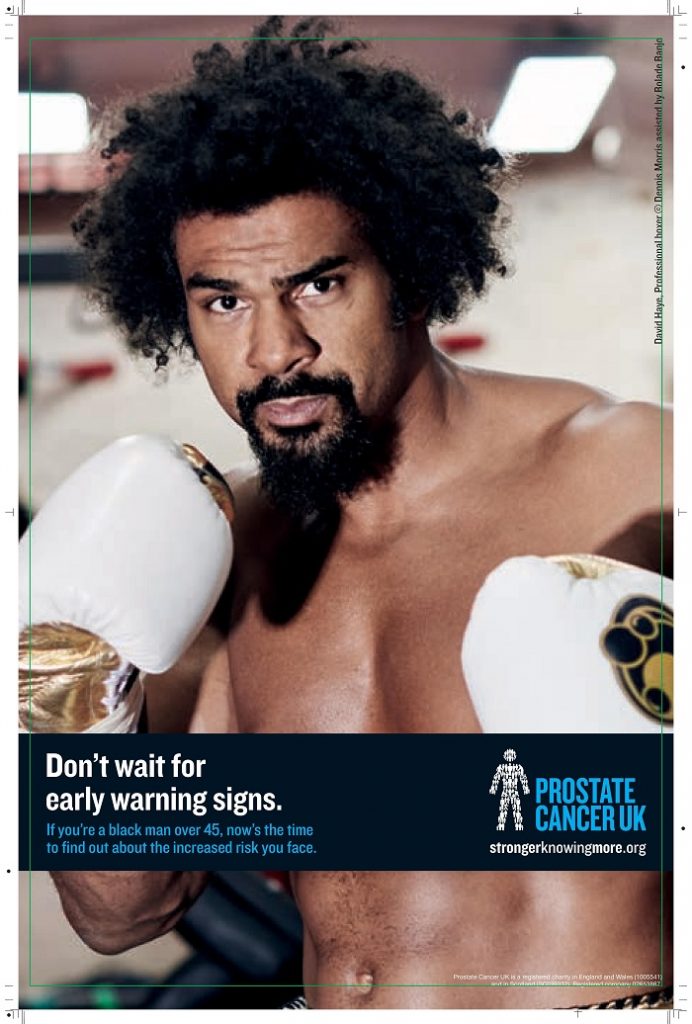 Prostate Cancer UK has teamed up with Kinetic to raise awareness of prostate cancer amongst black men with localised billboard placements across London and Birmingham as part of its #StrongerKnowingMore campaign. Commissioned alongside media agency The7Stars, the posters feature a number of black British celebrities (including David Haye and Linford Christie) as well as Errol McKellar, a prostate cancer survivor and local campaigner in Hackney.

Local campaigner and garage mechanic Errol McKellar is famous in his community for offering discounts to customers who go for cancer checks, after suffering from the disease himself. Kinetic arranged an early posting of his own billboard image to one site in Hackney to surprise Errol while being interviewed about his experiences on BBC Radio 5Live.

Laura McGregor, account director at Kinetic, said: “Working with Prostate Cancer UK provided us with the opportunity to create a memorable campaign to promote awareness of the disease while celebrating a North London hero in Errol McKellar. It is always a pleasure to see the impact of our work and we were delighted with how surprised and pleased Errol was seeing his billboard while being interviewed. We look forward to seeing how many more lives could be changed with this campaign.”