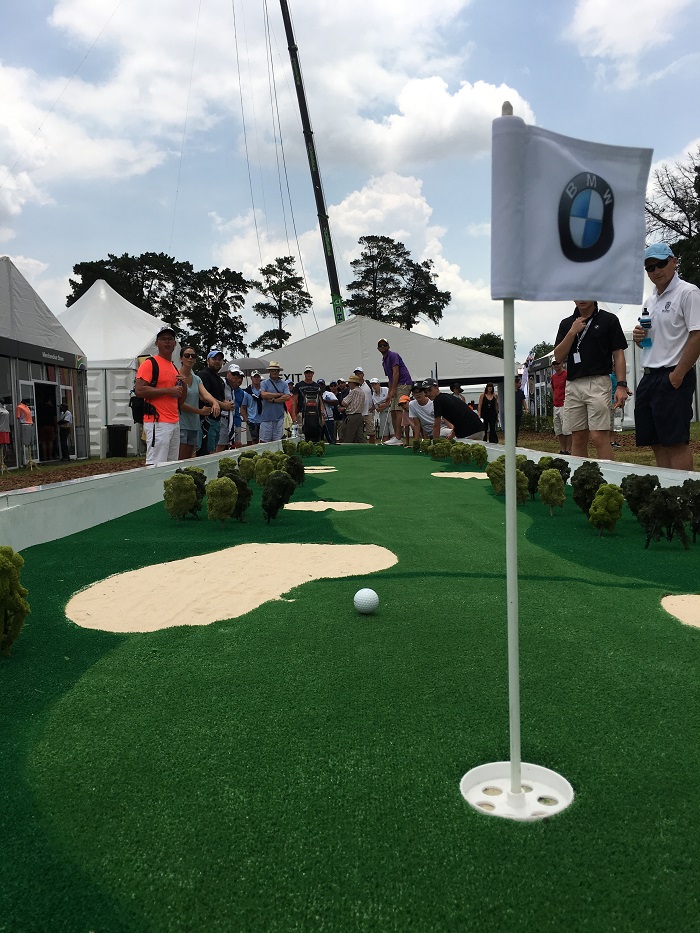 Over the four days of competition, 40 people managed to hole the teasing 14m putt and was entered into a draw to win the weekend’s use of the supercar, while daily TaylorMade prizes were awarded on the simulator, as spectators flocked to PVE’s experiential events.

PVE’s co-founder Nick Clemens said: “It’s always a pleasure to work with the various promotional teams at BMW and the village at Glendower Golf Club was one of the busiest parts of the course – with the long-putt challenge attracting a lot of interest.

“But we don’t have long to sit back and congratulate ourselves on a job well done, as we move on to the PGA Show in Orlando, and then both tennis and golf events next month.”

Freelance events manager James Maclay has worked with PVE on many occasions and said: “Every time we work with Provision Golf we thoroughly enjoy ourselves and our clients are so very impressed. The attention to detail and knowledge is second to none and that quality shines through. We have worked with (co-founders) Nick and Konrad all round Europe – always 100 per cent client satisfaction. I cannot say more than that.”