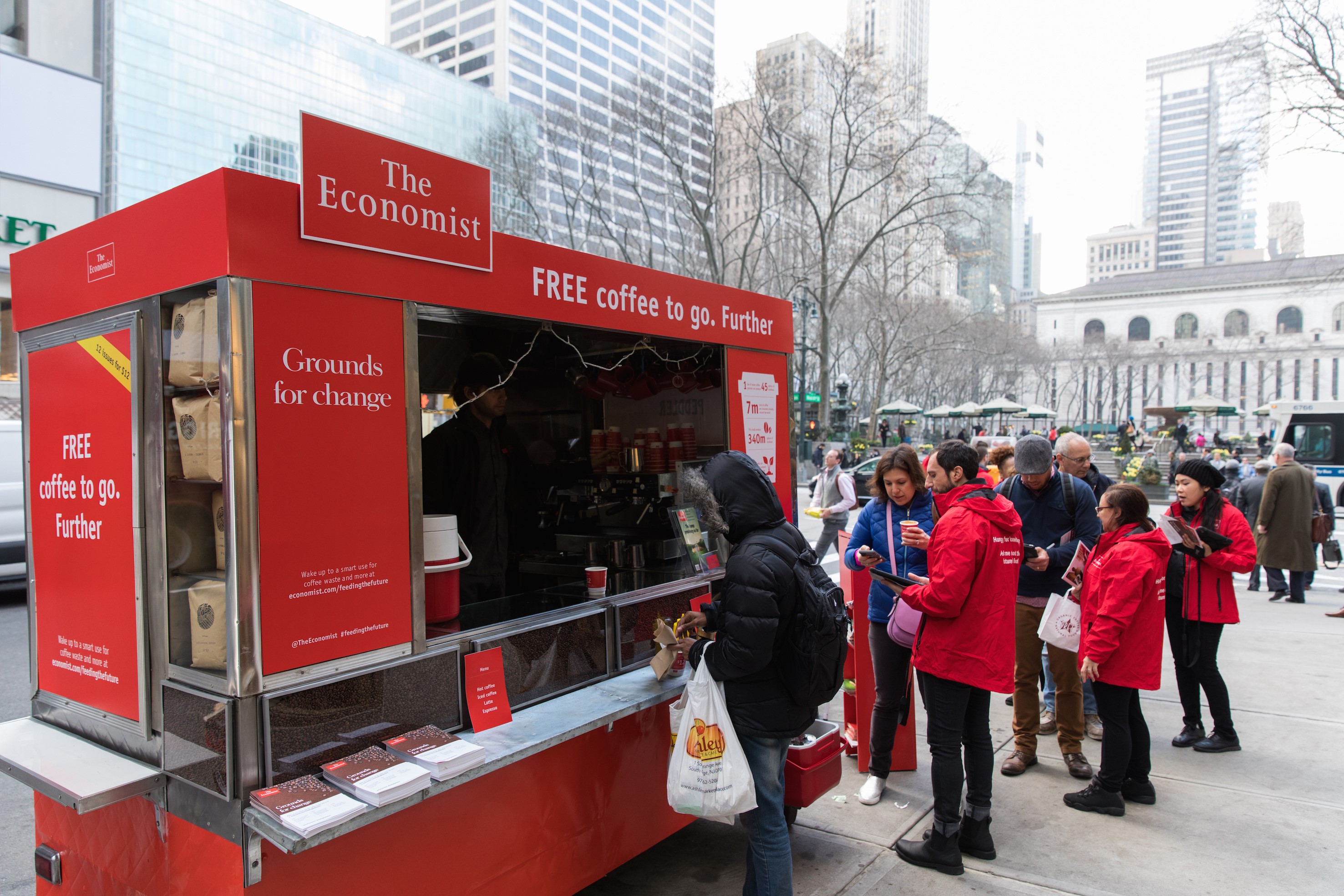 Real world marketing agency Sense has established its U.S. presence with a new office in New York, along with the April launch of experiential campaign #feedingthefuture for The Economist.

Sense won The Economist’s North American business in late 2016 following a competitive review, and Sense London has been the agency of record for the company in the U.K. since 2014.

“We’ve always held an ambition to expand overseas, and being appointed to handle the North American business for The Economist provided us with a great opportunity to start an agency, with a team and resources,” said Sarah Priestman, President, Sense New York. “This was an important strategic investment in the growth of Sense and we are already talking to other global clients about extending our relationship into North America.”

For its first project in the US, Sense are working with The Economist on its #feedingthefuture campaign, aimed at highlighting the impact of food waste on the environment. Through mid-May, The Economist will have a branded coffee cart at select locations throughout New York City, to offer passersby a free cup of coffee in an effort to highlight innovative uses for used coffee grounds. The program, entitled “Grounds for Change,” is based on The Economist’s report “Oil in Your Coffee,” which articulates little known uses for used coffee grounds including creating biodiesel fuel. Consumers who participate in the program will have the opportunity to subscribe to the publication at an introductory rate of 12 weeks for $12 and as a special gift they can opt to have The Economist plant a tree on their behalf. On behalf of The Economist, in the coming months Sense will launch the #feedingthefuture campaign in Boston, Philadelphia, San Francisco and Washington D.C.

The Economist have worked with Sense to develop the #feedingthefuture framework. This strategy guides The Economist’s live content marketing programs which are aimed at attracting new readers to the publication through creative and provocative real world experiences. Launched in the U.K. in 2014, to date more than 30,000 new subscriptions have been generated through this activity worldwide.