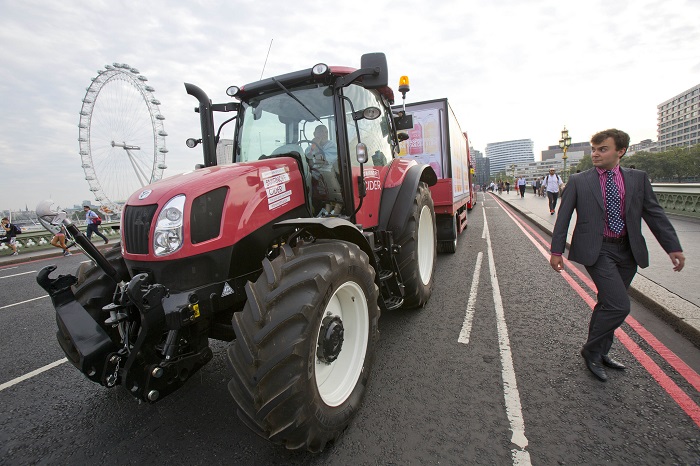 Smirnoff Cider kicked off the Bank Holiday summer vibes early, by surprising consumers with their large, raspberry-coloured tractor as it appeared alongside iconic landmarks such as Westminster Bridge and Piccadilly Circus, to celebrate the latest drinks offering from the global brand.

Smirnoff ensured the public celebrated the hot Bank Holiday early with the #SmirnoffTractor – which toured London on, Thursday 25th August and Friday 26th August – offering members of the public the opportunity to share an image of the tractor on social media channels to win up to ten cases for them and their friends

Consumers could sample the ice-cold beverage as the Smirnoff tractor was stationed at Broadway Market, London Fields on Thursday 25th August and Spitalfields Market on Friday 26th August, offering free samples to those over 18 years old.

“Smirnoff Cider is a crisp and lightly fizzed drink for everyone to enjoy and we’re delighted to be able to share it with consumers this Bank Holiday. Pioneering a clash of two prominent categories, we’re taking cider to the next level with vodka and two distinct flavours. We can’t wait for people to come down to Broadway Market and Spitalfields, and join us in tasting our contemporary new take on cider”