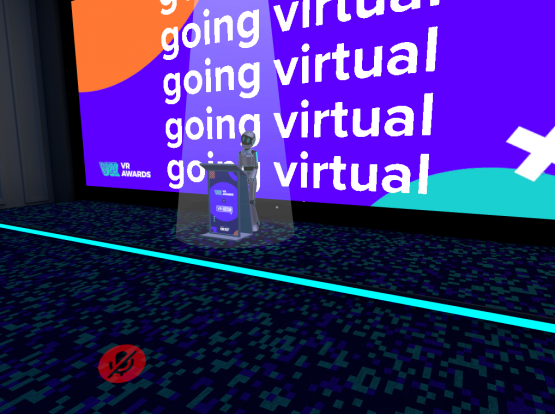 I’ll come clean here for a moment. I’m not a fan of virtual awards. I am, of course, passionate about face to face events. I love the thrill of live theatre, the daring of live comics, the unscripted fluctuations in the sporting arena, the hubbub. Hybrid I can cope with, even love at times. Virtual – when it is passive to the point of being basically TV with interactive comments – leaves me cold.

Awards events are all about the arena and the onslaught on our senses. What aftershave is that? Your hand is shaking! Do you recognise her? I’ve got a surprise for you?  Let me drag you to the bar… Virtual events, even the clever ones, don’t do that.

So, what did I expect of the Virtual Reality Awards? These people surely love virtual anything don’t they?

What I found – the VR Awards were done a whole lot better than the other virtual awards that I have seen. Signing up was a faff – downloading VR Chat in Steam and getting the various sign ins and logins done in the right order would have been simple enough to the intended industry attendee. To me, much less regularly involved,  it presented wall after wall of hinderance. But – thank heavens – it wasn’t Zoom. Once through the portal I was in – and roaming the event as a barely dressed robot, seeking friends and experiences.  There’s no doubt it was cool and for a while intriguing, even diverting and engaging. 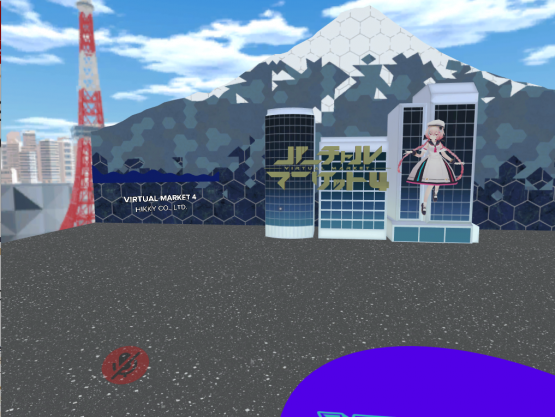 Unsurprisingly though, virtual sawed out the soul. As I diligently clicked the VR action button or patted the head of the VR dolphin, thereby cueing up the nominations and the winners, I admired the event creators artistry and their bold attempt to keep me engaged but it didn’t leave me holding my breath or suddenly rooting for the shortlisted stranger at my table. And in between the awards presentations you could network, but not in any nuanced way. At a live, multisensory event, you can do so much more than open your mouth and say words. You can use body and eye language, feel heat, assess fear, get the pulse racing. I don’t think any virtual event does that yet. I hope it never does.

And, of course, the various award winners’ presentations and acceptance speeches came and went in gamified order. But what really struck me was that the many brilliant VR producing winners were all better understood in a real active setting. VR is far better when you can interact with other people through it and be able to take the headset off and discuss your virtual findings. Beyond gaming and film, VR works best when it adds to real life. Some of the industries’ most impressive award winners use VR to trial, demonstrate and operate things that would be very difficult to master, or risky to implement in real life.

As to the VR Awards, what more could they do? Not a lot. Make no mistake, I was impressed with the effort that had gone in to making these awards so much better than a standard virtual awards. Nevertheless, virtual awards parties are a necessity under COVID, and not necessarily a  good thing generally, and no replacement for real life situations where you can smell the fear, embrace your opponent, love that outfit and share the meal.

I would therefore like to thank the VR Awards. The effort that you put in and the brilliance that you showed was immersive. It also demonstrated to me that however hard I tried with a virtual event I could not get close to mimicking the emotional roller coaster of real life, because no one can.