EGX Rezzed, hosted by Eurogamer’s parent company Gamer Network, welcomed thousands of gaming fans to London’s Tobacco Dock on the 7-9 April. Following on from the success of EGX 2015, which took place at Birmingham’s NEC in September, PlayStation once again called upon experiential marketing experts, Circle Agency, to activate its presence.

Circle Agency transformed one of the striking vaults at Tobacco Dock into a fully immersive area where gamers could experience PlayStation’s latest technology, PlayStation VR, and test their skills on a host of different titles, including RIGS: Mechanized Combat League, PlayStation VR Worlds, Playroom VR, Battlezone, Rez Infinite and Superhypercube. EGX Rezzed was the first UK consumer event where fans could experience many of these titles first hand, in advance of the PlayStation VR’s October 2016 release.

12 gaming stations were set up, showcasing six different titles, along with an indie section to demo smaller, independent games. A photo booth was installed to present fans with a GIF of themselves in the VR headset, which could be shared on social media to help boost brand engagement. For those looking to take a break from all the on-screen action, a ‘chill out lounge’ offered soft furnishing and free PlayStation branded refreshments.

Claire Stokes, MD and founder at Circle Agency commented: “We were really excited to help PlayStation activate at EGX Rezzed this year, as it provides the perfect audience to showcase PlayStation VR first hand. With so many devoted gamers in attendance it was vital that we created an immersive, stimulating and rewarding experience that left them wanting more. ”

“Having played the latest PlayStation VR games myself – these fans have a lot to look forward to.  In this instance our job was to ensure that the process of facilitating demand for trials was as seamless as possible, and that we created lots of opportunities for those who experienced it to shout about this great technology.”

Although Playroom VR was available for walk-ins to trial on arrival, fans could also pre-book a slot before the event to trial the full catalogue of games available and to ensure they didn’t miss out. 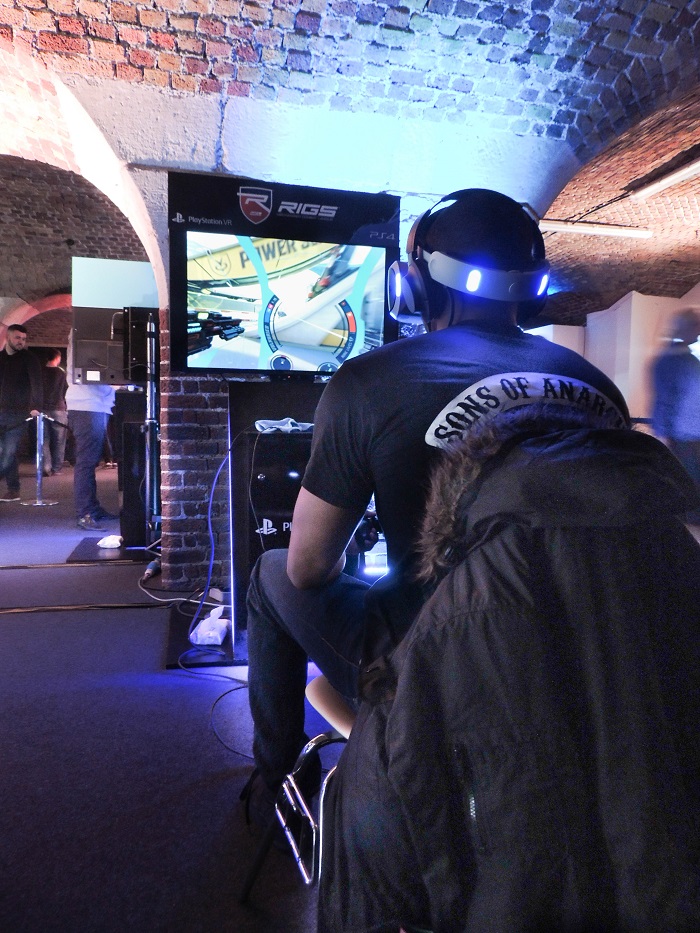