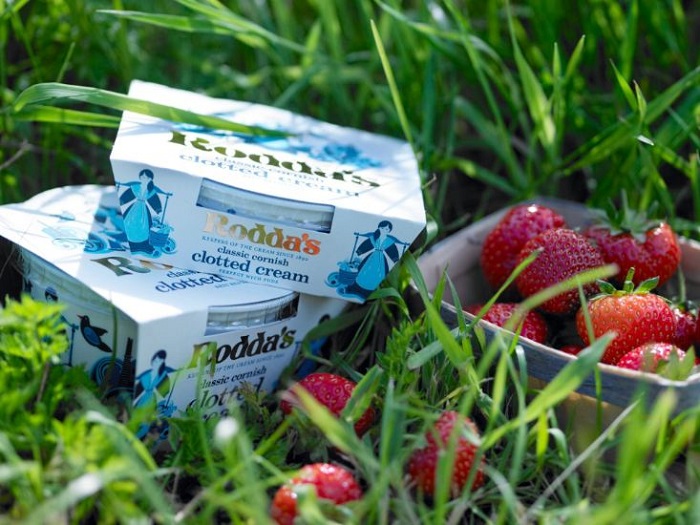 Through a sponsorship with the Lawn Tennis Association (LTA), devised, negotiated and delivered by Bray Leino, the brand has been crowned the official clotted cream of British tennis.

The partnership will promote the  Cornish brand as the ’premium serve‘ at all British LTA tournaments, including the Aegon Championships at The Queen’s Club in June. It also includes sampling, retail space for Rodda’s, and will see the Cornish clotted cream served to all LTA hospitality guests.

An on pack promotion to support the partnership will offer consumers across the UK a chance to win one of 25 pairs of LTA British Grass Court Tournament tickets, plus £200 spending money and a fantastic cream tea experience.

Rodda’s managing director, Nicholas Rodda, said: “Cornish Clotted Cream has always been synonymous with tennis and this partnership further strengthens the association. Rodda’s is about sharing special moments with the ones you love, and what’s better than doing that whilst watching a quintessential British sporting past-time. We are extremely proud and excited to be an official supplier to the LTA.

Kate Cox, Bray Leino CEO, said: “When you think of classic Cornish cream tea and quality clotted cream, you think of Rodda’s. The LTA partnership will allow us to build on the brand’s existing association with summer and special occasions, providing opportunities for consumers to fully experience the quality and tradition of Rodda’s. This is just the start of what we have planned.”