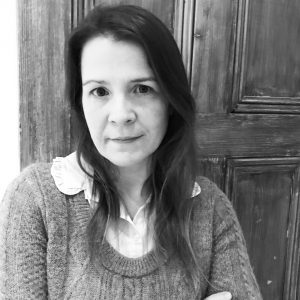 M&C Saatchi has appointed Raquel Chicourel as its new chief strategy officer, completing the new management line-up and marking the second key senior appointment by the agency’s CEO Giles Hedger since his arrival in July ’17.

Raquel’s appointment follows that of Kate Bosomworth, who starts on Golden Square on 8th January as Chief Marketing Officer.

Chicourel joins from Saatchi & Saatchi where she headed up its strategy department, reporting into Chairman and CSO Richard Huntington.

Chicourel, an award-winning strategist, will take up her new position in March. She will be responsible for thought leadership across the agency’s client base, as well as the evolution and application of Brutal Simplicity of Thought – the agency’s founding ethos.

Reporting into Giles Hedger, Chicourel will be one of five shareholders under the terms of the management buyout announced in 2016. She will work alongside fellow shareholders Giles Hedger (CEO), Justin Tindall (CCO), Tim Duffy (Group Chairman) and Tom Firth (Managing Director).

Prior to Saatchi Raquel honed her craft at BBH & AMV. She helped the agencies to win numerous Effectiveness, Cannes & D&AD awards, whilst co-ordinating both agencies IPA entries. More recently, she has won a further IPA Effectiveness award, a Cannes Lion and a YouTubeWorks Grand Prix for her work on Mattessons and has also secured numerous creative awards for her work on Homeaway. She is most proud, however, of nurturing a planning department built on equality with a high standard in strategy and creative output.

Giles Hedger, CEO at M&C Saatchi, said: “Raquel is a rare combination of reductive pedigree and expansive flair. She is the perfect embodiment of Brutal Simplicity of Thought as it enters its next chapter.”

Chicourel said: “For me personally this is one of those singular moments in life when a set of people with unassailable spirits invite you to push the reset button and shape the future of a well-known London agency.”