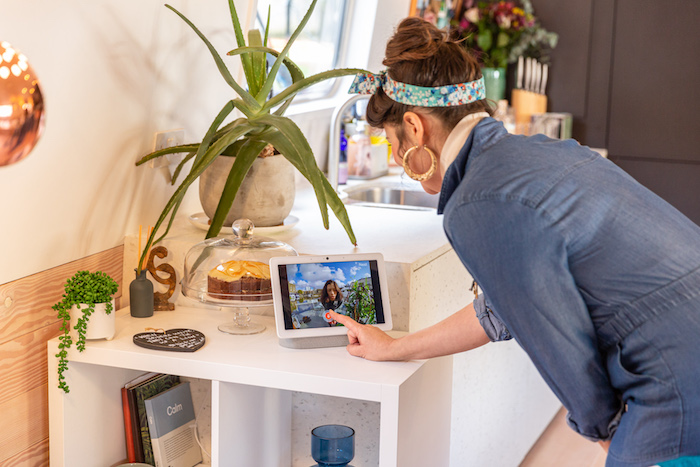 Such is the pull of ‘helpful home’ technology, such as smart speakers, that a quarter (24 per cent) of Brits couldn’t live without it, according to new research.

A survey of 2,000 adults who use smart tech – from speakers to thermostats – showed that 54 per cent believe the tech improves their productivity while almost half (48 per cent) said it makes their lives easier. Some 22 per cent even claimed it helps them maintain their health and happiness.

To show Brits how to use the devices to their full potential, Argos and Google have  launched ‘Britain’s Smartest Boat’ in St Katherine’s Dock in London.

The floating home features a Google Nest Mini allowing visitors to activate the various smart gadgets on board simply by using their voice.

Seafarers can enjoy a warming cup of tea by requesting a cup through voice activation. They can alter the ambience on-demand through lamps and lighting, as well as keep in touch with family members or check in on the vessel when not on board with a Google Nest Hub Max. Things can be kept spick and span with a robotic vacuum which will be hoovering away any dust and dirt from the deck.

A Google Chromecast is included to keep boredom at bay by allowing people to watch the internet on their TV screens. To keep entry secure to the craft, a Google Nest Hello Video Doorbell has been fitted so the door can be answered from a mobile phone and one can see who is trying to climb aboard.

Smart home aficionados are so devoted to their clever gadgets that three in 10 (28 per cent) will take them on a staycation, nearly a quarter (23 per cent) pack them to go abroad and one in five (22 per cent) will even take their device to work. Smart home fans have an average of two smart home gadgets and spend up to £147 on a new device.

One of the most popular uses for the devices is resolving arguments (48 per cent have used a smart speaker for this purpose) by checking the answers such as which country a city is located in or the year a movie came out among the most regular disputes. The most useful functions, according to Brits, are playing music (52 per cent use it in this way), getting the weather forecast (44 per cent) and telling the time (35 per cent).

Chirag Shah, Smart Home Buyer at Argos, said: “Smart home devices have so many functions that people just don’t realise exist. Our research even shows that a connected smart home has the potential to save people nine hours of time a week! That’s why we’ve created Britain’s Smartest Boat with Google, to showcase all of the amazing things that smart home devices can do and bring them to life in a fun way for our customers.”