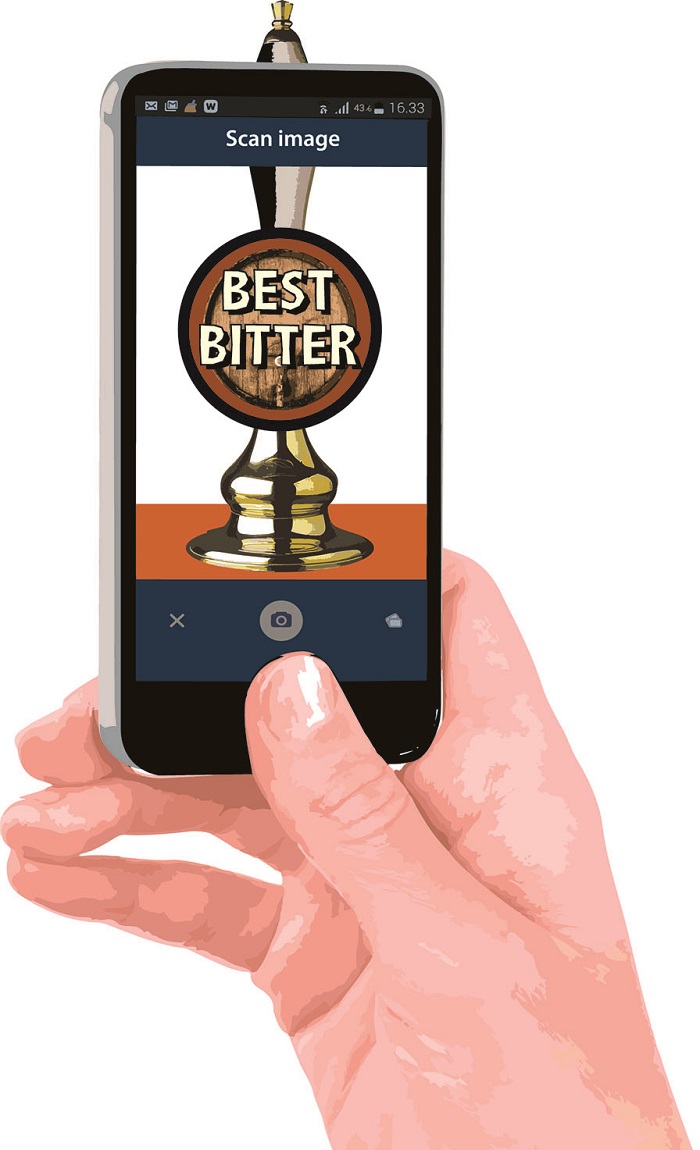 The new Cask Report examines the role of conversation in the buying and selling of cask ale in the pub. “People are starting to talk about cask ale – Britain’s national drink – with more passion than was once thought possible,” says author Sophie Atherton. Her Report shows people’s depth of interest in what they are drinking – and the fact they like to be served by staff who are knowledgeable.

According to the research, 92% of consumers want to know more about the different styles of beer now available. 60% said pubs don’t offer sufficient tasting notes on how beer looks, tastes and smells and only 36% feel that bar staff have an understanding of cask.

This is going to be made much easier with the CaskFinder app and its new ‘pump clip recognition’ –launched alongside publication of the 2016/17 Cask Report. As Paul Nunny of Cask Marque says, “All you do is grab a picture of a particular beer’s pump clip – and the app provides you with information about the beer. You’ll see the brewer’s tasting notes and description. These may include details about ingredients, and certainly tell you about colour and flavour.  You can also see how other drinkers have rated it.”

According to Nunny, technology heralds the dawning of a new era in the food and drink conversation. “The instant access to information allows bar staff to sell intelligently and consumers to buy knowledgeably.

“If licensees want to stay ahead in their game, they can use CaskFinder to supplement workforce training. Otherwise, they’ll find their staff being outflanked by customers when it comes to knowledge about their beers on their bar. That can’t be acceptable for anyone who takes retailing seriously.

The Report shows 81% of Cask Marque pubs to be growing sales – which, when set in the context of the overall cask market, indicate a direct correlation between quality and sales. According to the research, 90% of consumers say beer quality is very important or essential when choosing where to drink. Additionally, cask drinkers spend on average £967 a year in pubs – nearly twice the amount other drinkers spend. “Given that, it’s a commercial no-brainer to make sure pub staff know how to look after, taste and judge the cask ale they are serving,” says Nunny.

The publication of the Cask Report signals the start of Cask Ale Week, a nationwide celebration of the national drink. During the 10 day ‘Week’ over 10,000 pints of ale will be given away free, with a view to bringing more people into pubs and of persuading drinkers to try something new. Events are being run in pubs and breweries up and down the country.

Cask Ale Week is a timely opportunity for bar staff and pub goers to try out the CaskFinder app’s pump clip recognition – and to see what they can learn from the information provided. Pub goers have the  incentive of joining in the World’s Biggest Ale Trail, earning extra points for their visits to different pubs throughout the Week.