Firestone is amplifying its name to hundreds of thousands of music fans in 2016, courtesy of a unique festival sponsorship with Download, it was revealed.

The  tyre brand will embark on a high profile partnership with Download Festival at Donington in June, as part of its long-term efforts to reach a vibrant, exuberant audience through music.

The decision is being heralded as a ‘brave, bold attempt’ to position Firestone right at the heart of a passionate young-at-heart community, who share Firestone’s core values of energy, vibrancy and an overarching sense of having fun.

A huge Firestone presence will be confirmed for the event throughout the weekend – from June 10 to 12 – supported by a number of activities to be confirmed.

In addition, Firestone will run bespoke campaigns through its social networking channels ahead of the festival, with Download’s combined Facebook, Twitter and Instagram followers of more than 850,000 people striking a chord when the agreement was made.

He said: “We see this partnership with Download as being brave, bold and full of originality. We think it is unique for the tyre industry to be thinking along these lines and we can’t wait for the activation to begin.

“Download Festival is the perfect opportunity for us to position ourselves within a passionate community known for its credibility and knowledge of the music scene.

“With a social media following of over 850,000 alone, they’re loyal, connected and represent the perfect audience to communicate with as we aim to create more interest in Firestone and our range of tyres that are relevant to them.

“It is an ideal opportunity. Firestone boasts a rich heritage and a pedigree for quality, as does Download. And being situated at a venue we know so well from our links with motorsport, there are a lot more parallels than meets the eye.”

Live Nation’s chief operating officer Paul Latham added: “We are thrilled to be partnering with Firestone on this year’s Download festival. Their brand perfectly complements the ethos of Download, bringing similar levels of heritage, reverence and brand loyalty. We look forward to a successful and highly engaging partnership.”

The Download sponsorship forms the centrepiece of a series of noteworthy Firestone initiatives, with sales campaigns planned to offer a series of music-themed prizes for every tyre sale made.

And to further supplement Firestone’s efforts, the brand has entered into a corporate association with the Barclaycard Arena, which will play a huge role in attracting more music minded motorists to its products. 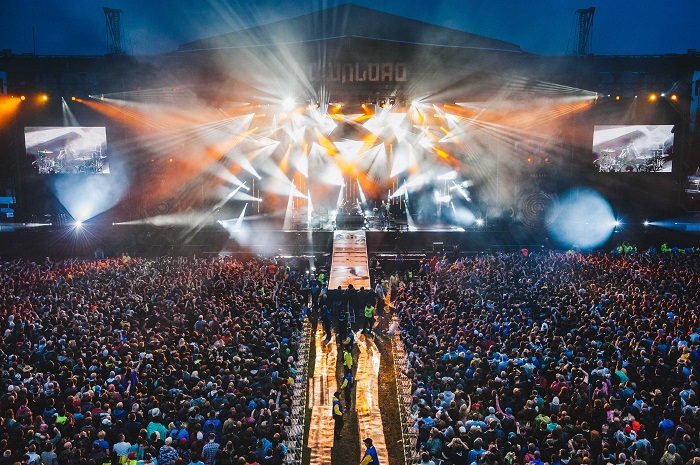