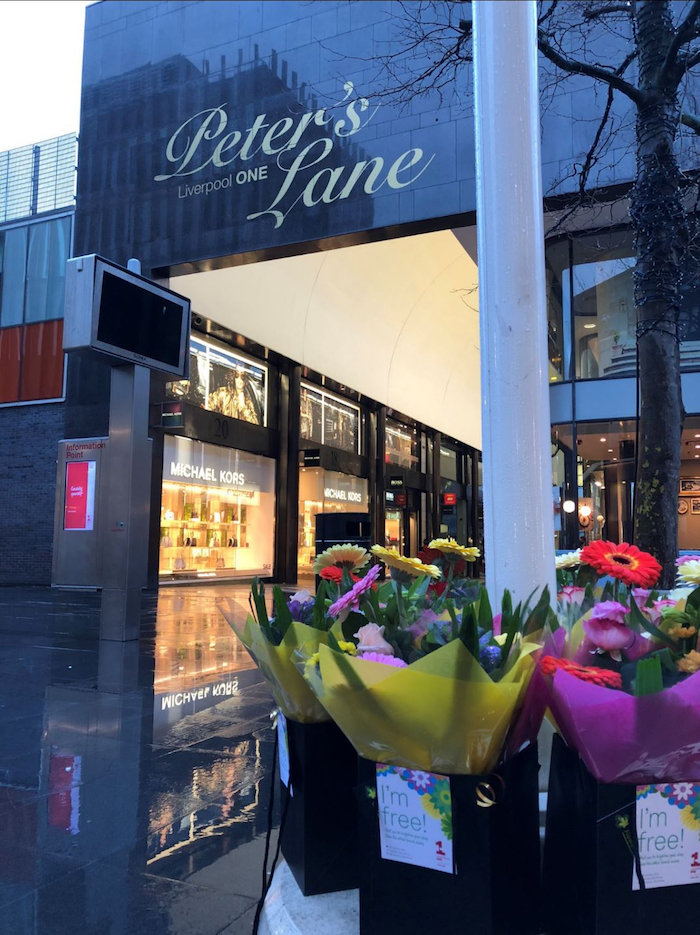 Grosvenor Europe has announced a unique initiative that took place at Liverpool ONE on ‘Blue Monday’ – the third Monday in January that is supposedly the most depressing day in the year.

In a bid to brighten their Monday mornings, a hundred bouquets of flowers packaged into pairs were distributed on the streets of Liverpool One for visitors to find.  Shoppers and commuters that acquired the free flowers were encouraged to share them and spread positivity by passing on the second bunch.  Those who received a bouquet were also encouraged to share it on social media.

Miles Dunnett from Grosvenor Europe, said: “It is the small gestures that brighten people’s day and we were thrilled to share the love with surprise bouquets.  Engaging with the local community is very important to Liverpool ONE, and carrying out initiatives like this helps us to connect with our customers in a positive way and hopefully bring a smile to their face.”

The Blue Monday flowers initiative follows a wide range of enlivenment projects that were brought to Liverpool ONE last year, including the iconic 30-metre tall Christmas tree, three VW Beetles painted by artists to mark the 50th anniversary of the 1967 summer of love, and seasonal installations such as the Luminarium inflatable maze, Astroturf in Chavasse Park, and the return of the award-winning ‘Tickle the Ivories’ installation at Liverpool ONE.