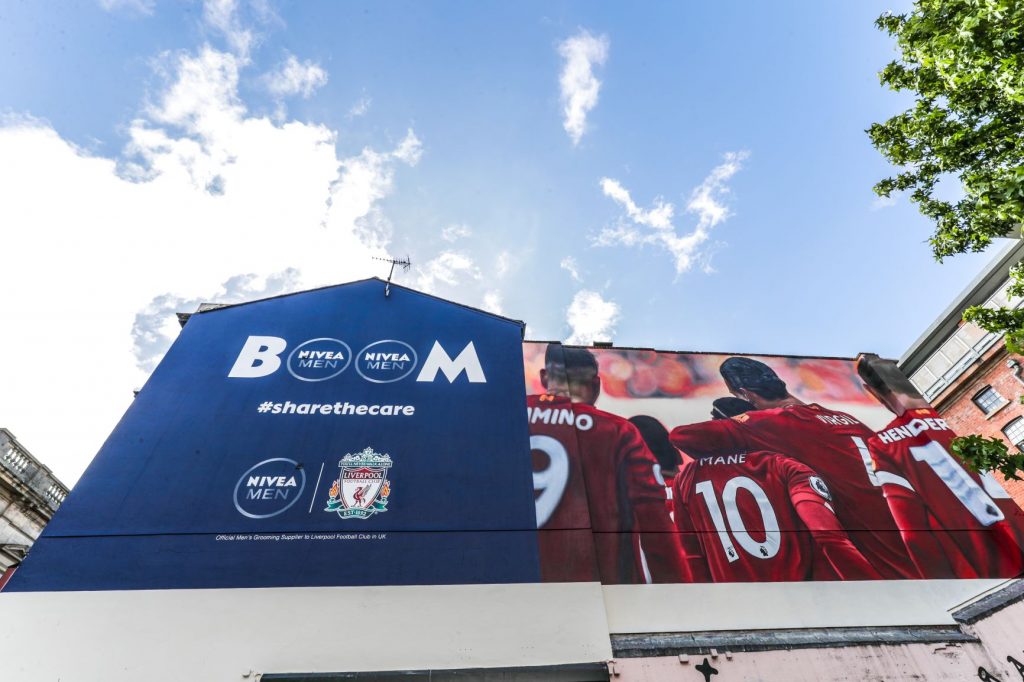 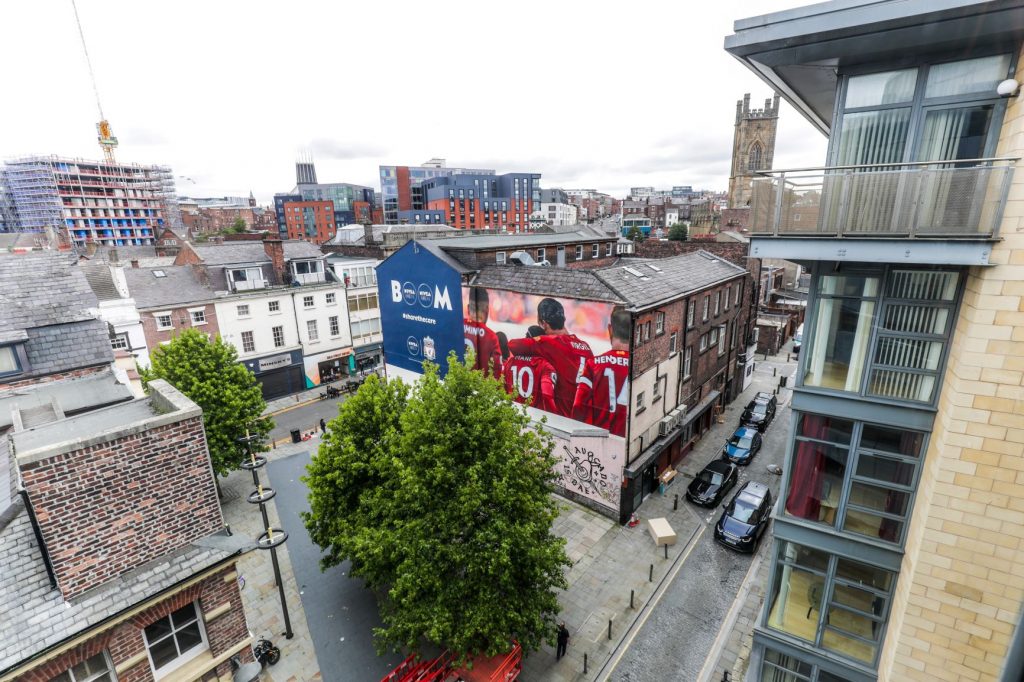 Nivea Men, the official men’s grooming partner to Liverpool FC, has unveiled a giant mural in Liverpool city centre to celebrate its long-standing partnership with the team and to congratulate it on its League championship win.

Devised by Carat UK and Posterscope together with Mural Republic, the striking mural features a hyper-real recreation of a photo of the players embraced in a hug and is supported by a digital out of home takeover throughout the city.  Multiple high impact screens across roadside, rail, POS and shopping malls leading with creative that combines Jürgen Klopp’s famous “Boom” with the Nivea Men logo, and the #sharethecare to encourage sharing on social media.  The mural is situated on one of the largest available sites in the UK.

The out of home activity is part of a larger campaign that features a digital partnership with Sky Sports and Sky Sports  News, including social media, plus TV and video ads, a cover wrap of the Liverpool Echo and a programme to supply tablets to selected retirement homes in the city to help residents stay connected with love ones.

Lisa Hill, Nivea Men Senior Brand Manager, said: “We’ve been the official men’s grooming partner to Liverpool Football Club since 2005 and could not be prouder of their achievements during this latest season, culminating in the League title.  To celebrate this success, what better way than to bring our message of congratulations to the streets of Liverpool with this fantastic mural and a takeover of the city’s out of home sites.”

Steve Shaw, Client Account Director at Carat UK, added: “Covid-19 put football on pause in 2020, but Liverpool’s win was 30 years in the making.  Despite the fans not being able to attend in person or celebrate in the way they normally would, Nivea Men wanted to ensure the celebrations weren’t missed and the players and fans got the winning moment they deserved.  This mural is massive in more ways than one and will be in situ for eight weeks as a tribute to the club’s success.  We hope fans will come and enjoy and share the spectacle.”

Alexandra Porritt, Client Strategy Director at Posterscope, continues: “This campaign is a great example of how agile and flexible all aspects of out of home can be.  Without knowing when Liverpool would be crowned champions, we needed to be able to respond quickly, and the speed with which this campaign has gone up shows what’s possible in the medium today.  This mural is such a fitting format for the celebration, and tight timelines were not going to stop us.”