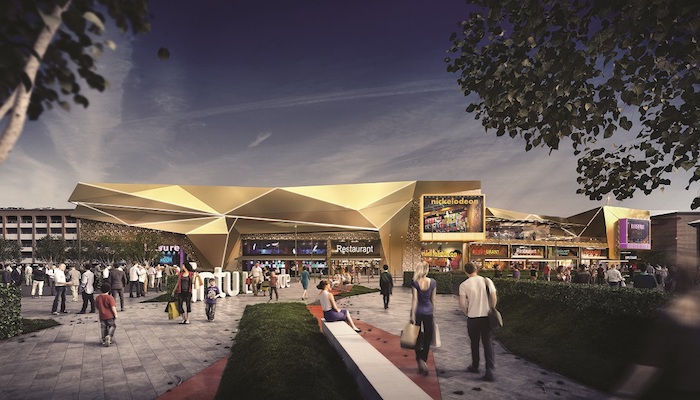 intu has also signed up the hi-tech concept for intu Lakeside’s £72 million leisure extension where it will open its first venue outside of London next month.

Puttshack, co-founded by the founders of Bounce and Topgolf, is working with intu as part of its ambitious expansion strategy into popular, high footfall UK locations, since the launch of the new concept last year.

Following an investment in excess of £5 million, the 21,600 sq ft intu Watford site will deliver Puttshack’s world leading mini golf technology whilst offering an innovative food and drink menu that caters to both everyday diners and parties and events.

It will open alongside a range of other brands who have seen success since taking space at the flourishing shopping and leisure destination. intu has invested £180 million to transform the town centre shopping centre into a major day and night out destination and this has attracted a number of new tenants and an increasing footfall, which has risen by 19% this year.

Leisure operators Cineworld, Hollywood Bowl and climbing wall operator Rock Up have all launched venues there and Hugo Boss, Hollister and bar and restaurant concept The Florist  are among several new retail and dining brands. Uniqlo will also open a split-level store at intu Watford in the autumn, its fourth outside London.

Puttshack will target an 18-35 target market and capitalise on the growing number of companies opening office headquarters in Watford, which is further boosting weekday and evening trade. 60,000 people work within a two-mile radius according to CACI.

Joe Vrankin, CEO of Puttshack, said: “The changes intu has made in Watford and at intu Lakeside are transformational, bringing even more people to these already popular destinations looking for the right experience. Puttshack is an interactive, cutting-edge concept which is set to become an internationally envied leader in the experiential market. We have exciting growth plans and these are exactly the right locations for our venues to flourish.”

Rebecca Ryman, regional managing director at intu, said: “We’ve invested millions at intu Watford to ensure that brands of Puttshack’s calibre can thrive among the growing number of people visiting Watford town centre for a day or night out experience.

“Watford has a wide and affluent catchment area, stretching from London into the home counties and with a high number of people working in and around the town. Our investment has created more opportunities to capitalise on this, with some of the most popular and most exciting brands in the world now opening here and operators like The Florist trading exceptionally well as a result.”

“Puttshack is a genuinely exciting new concept that truly embraces the competitive socialising trend. Our portfolio of some of the UK’s most popular retail and leisure destinations means we are well placed to support its ambitious expansion plans at destinations like intu Watford and intu Lakeside.”

Puttshack’s intu Lakeside venue will launch in August as the latest major operator at the centre’s multi-million-pound new leisure development. Other new arrivals include Hollywood Bowl, Flip Outand thriving food halls brand Market Hallswhich has selected the site for the launch of its first shopping centre concept, The Hall. A Nickelodeon Adventure family entertainment centre will follow later this year.