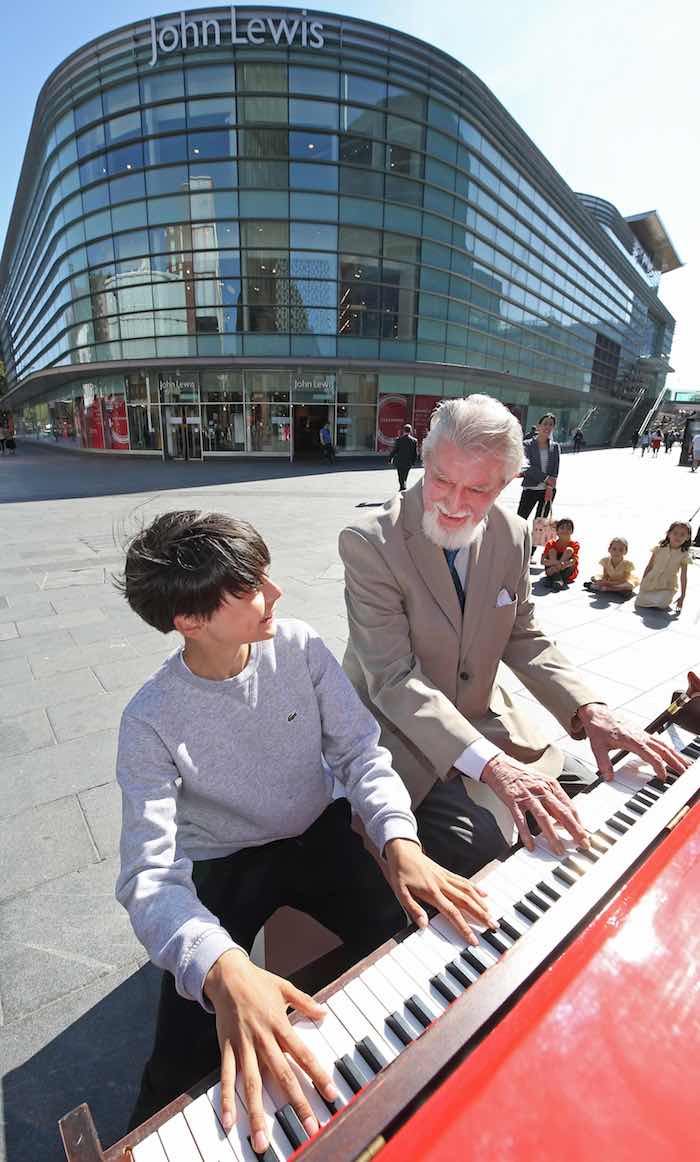 On 4 July, Liverpool One teamed up with Wirral School of Music to launch the ninth Tickle the Ivories Festival, one of the largest piano festivals in the North West, whilst also marking the school’s 40th anniversary year.  Students at the school Leo (age 12) and Alan Davis (age 89) along with May Swaney and her eight-year-old son all performed on the day.

Tickle the Ivories Festival, one of Liverpool One’s most successful enlivenment initiatives, is now in its ninth year and it continues to give visitors the chance to showcase their skills and share a tune or two.

Donna Howitt, marketing director at Liverpool One, said: “The Liverpool City Region is known for being incredibly rich in musical talent. This collaboration with the Wirral School of Music was a great way to launch this year’s Tickle the Ivories festival, especially as they celebrate such an incredible milestone.

“As well as enjoying a series of seasoned performers from all genres throughout the summer, we want to encourage our visitors to get involved, too. Whether you’re a local school, a community group or simply someone who fancies giving the piano a go, the festival is the perfect place to start!”

Peter Rainsford, director at Wirral School of Music, added: “We’re thrilled to have helped launch this year’s Tickle the Ivories with a selection of performances from our students and supporters.

“Playing the piano – or any instrument for that matter – has no age limit and we hope our students’ performances will encourage people to give it a go, regardless of their age or ability. We’ll certainly be back with more of our students to perform a few tunes throughout the summer!”

Since Tickle the Ivories was created, the event has racked up millions of views on social media as shoppers have been treated to impromptu performances on six pianos located across Liverpool ONE. Performers from all walks of life have performed an impressive array of music from classical to their take on the latest charts.

Tickle the Ivories is free to take part and will run until 8 September.