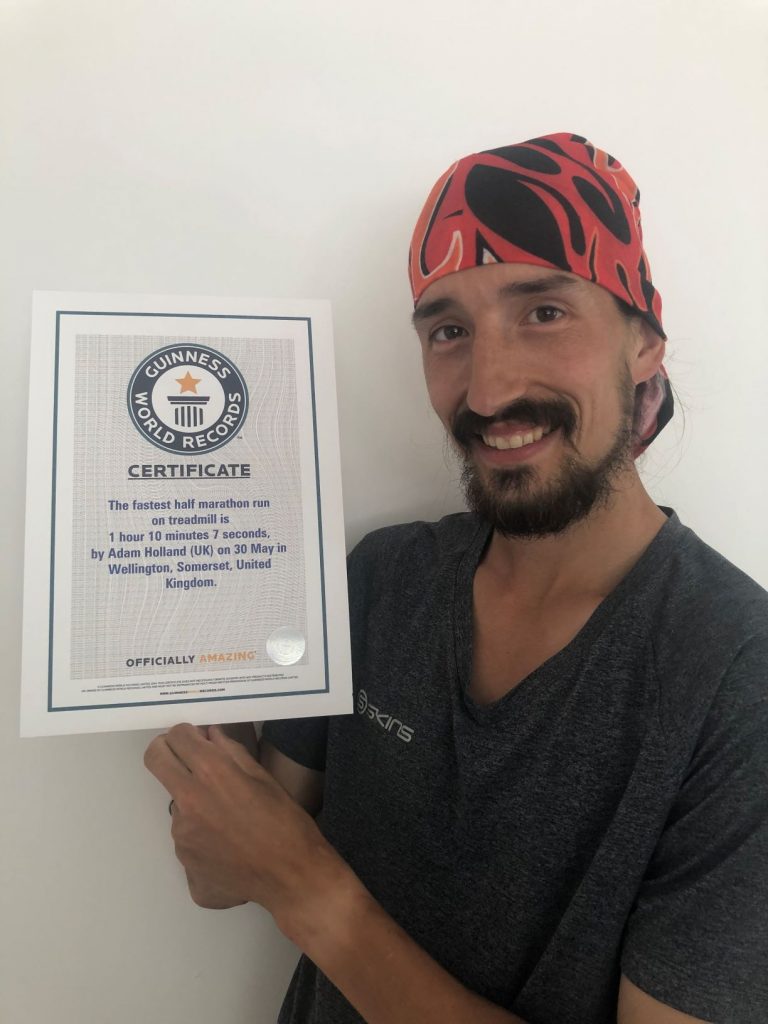 At the end of May, on an unfeasibly hot day in a garage in Somerset, Adam Holland broke a treadmill World Record with Guinness World Records virtual adjudicator live, for an event that FMBE helped to facilitate. The run was part of a triple record bid. Adam was going for the half, the marathon and 50KM treadmill records in one run, but soaring heat in his garage counted against the bid.

Whilst Adam is capable of a faster run than this, the GWR’s support for the bid still meant that the half became officially recognised. He is now able to show off the prestigious certification.

Frank Wainwright, director, FMBE comments: “Although Adam’s triple record bid became a one record success, this certification shows an adaptability and willingness both on behalf of the athlete and this exact and trusted adjudication process. GWR adds authority and prestige to record bids and the embrace of virtual is great news for event creators who are now building socially distanced showpieces designed for social media and online amplification.”

Adam Holland was already a Guinness World Record holder for the fastest time for 10 consecutive marathons, averaging 2.45.50 per marathon. Together with FMBE and GWR he has pledged to be back attempting more records soon in both the real world and virtually.