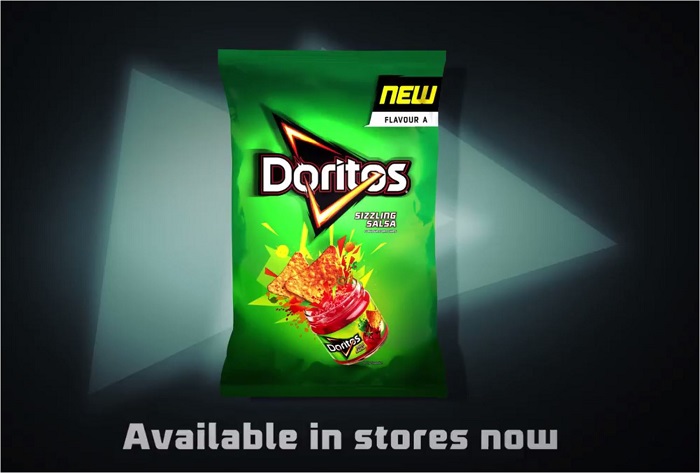 Doritos’ flavour campaign, A or B, has reached its conclusion, drawing in over 50,000 consumer entries.  In a twist to previous mechanics, shoppers were invited to eliminate their least favourite of the flavours, and in a close fought battle, Doritos B (Ultimate Cheeseburger) lost out to the more popular Doritos A (Sizzling Salsa).

To encourage shoppers to get involved , a £20,000 prize was up for grabs; to be in with a chance of winning, entrants had to submit creative ideas to ‘eliminate’ their least preferred flavour using #DoritosA or #DoritosB. The winner, Saffron Cullip, a 20 year old student from Southampton, chose to eliminate #DoritosB with her creative idea of using pigeons to explode the Doritos packets by clay pigeon shooting them into Doritos-sized mini cheeseburgers.

As well as receiving the prize money, Saffron has had her idea brought to ‘life’ in the form of a short animated video which can be viewed on the Doritos UK Facebook page.

Andy Hawkswell, Doritos marketing manager, comments: “We are thrilled to have found a worthy winner of the £20,000 prize. Saffron’s entry was inventive and unique: perfectly encapsulating the bold creativity we were looking for from consumers. “ .

Sizzling Salsa will now be officially introduced as a new flavour in the Doritos range. It will be available nationwide from 19th September