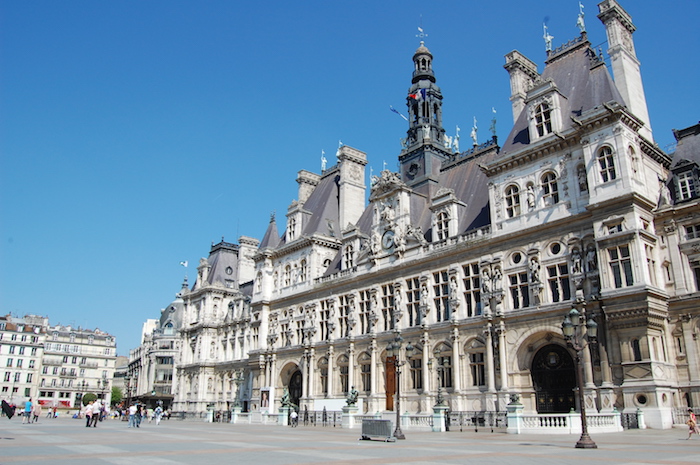 The French Golf Federation (FFG) and Provision Events (PVE) are making sure that visitors to Paris can experience the excitement of the biennial showdown between Europe and U.S.A without having to step inside the ropes of Ryder Cup venue Le Golf National.

In the centre of Paris, outside the Hotel de Ville, home to the Paris council, the French Golf Federation has commissioned PVE to create a Ryder Cup experience that will entertain and educate visitors to the city in the two weeks that lead up to France’s first ever Ryder Cup. During the process of bringing the Ryder Cup to France, the FFG was clear in its desire to bring golf to a wider audience and the role that a downtown fan experience would play.  Olivier Denis-Massé,managing director of communication, media, marketing and partnerships at FFG explains, “When we first bid to host the Ryder cup 8 years ago a fan zone was an important part of the global project. A lot of Parisians will not go to Le Golf national and we wanted to offer the chance to watch the Ryder Cup downtown andfor those who have never played golf to experience the excitement of the event? This is also an opportunity for our clubs to meet potential new golfers and provide the opportunity for them to play the game.”

At 3200 square metres and filled with activities designed to help visitors experience the excitement of the Ryder Cup, this fan experience is one of the most ambitious designs and build that PVE has undertaken. Nick Clemens, co-founder of PVE,comments: “This isn’t our first Ryder Cup but it’s certainly our biggest. It’s always special to be involved in the Ryder Cup but to create something of this scale and technical complexity in the heart of Paris really is a hugely exciting prospect and a resounding endorsement of our ability to deliver fan experiences on the biggest stage.”

With a big screen showing coverage of the action at Le Golf National, fans will be able to drink in the atmosphere of the event while taking part in various golfing challenges. With activities that include golf simulators, 100 foot putt, kidzone, chipping and bunker areas, free golf lessons and even a putting course that is a replica of the last 4 holes of the Ryder Cup course, the fanzone will be a test of golf for enthusiasts as well as an opportunity for anyone to pick up a club for the first time. With such a range of potential customers, the design and activation of the fanzone has had to draw on all of PVE’s experience in delivering large scale experiences, a key factor in them winning the bid to provide the downtown experience, as Denis-Massé concludes, “In order to make the downtown fan zone successful we have chosen PVE as a stake holder as we’ve seen what they have done for major golf events around the world. It has been key in our decision making process to have a skilled and experience company which understood clearly our brief and gave us the best proposal, based on their experience.”