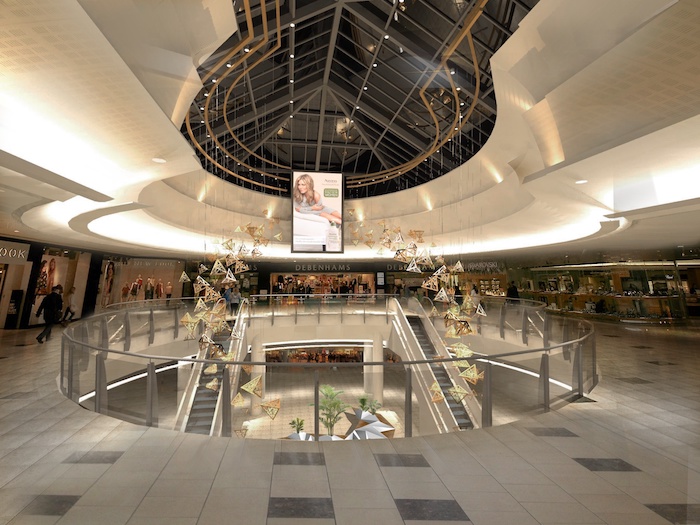 intu Lakeside is getting a multi-million-pound makeover that will transform the centre in time for the launch of its £72 million leisure-led expansion.

The £10 million investment will create new entrances and lighting and overhaul mall space linking to the 175,000 sq ft development ahead of several major leisure brands opening there this summer.

Family entertainment centre Nickelodeon Adventure and indoor mini golf experience Puttshack are among operators to have signed up for space, alongside Hollywood Bowl, trampolining operator Flip Out and new food hall concept The Hall. Restaurant brands including Zizzi and TGI Fridays will complete the line-up.

The centre’s transformation has also been welcomed by its retailers who spent £8 million on store improvements last year, with both Zara and River Island about to open newly-expanded flagship stores.

Rebecca Ryman, regional managing director at intu, said: “We’re transforming one of the country’s most popular shopping centres into a winning retail and leisure destination and this is creating plenty of opportunities for new and existing operators to thrive here.

“The centre’s leisure-led development will create compelling experiences for customers from across the UK and the rest of intu Lakeside is being totally updated to reflect that sense of excitement. intu Lakeside’s retailers are rightfully very ambitious; they see the centre as a destination where they can really flourish, and the improvements we are making really matches their own ambitions for their stores.”

The launch of intu Lakeside’s development will follow the opening of a 400,000 sq ft retail and leisure extension to intu Watford at the end of last year which has propelled the Hertfordshire town to a top 20 retail destination in CACI’s national rankings. Work is also underway on an £86 million redevelopment of intu Broadmarsh in Nottingham and a £75 million transformation of intu Trafford Centre’s Barton Square.