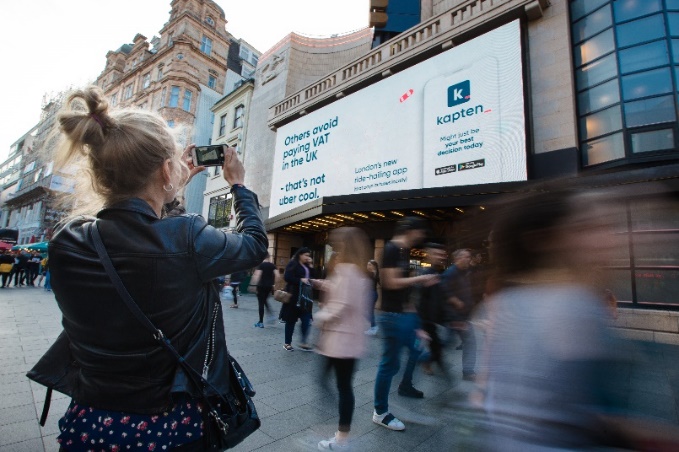 The integrated campaign for the TFL approved service launched today with an outdoor billboard display which calls out rival Uber for not paying local taxes.

Overnight, the out-of-home campaign went live with the wording “Others avoid paying VAT in the UK, that’s not uber cool” appearing at several media sites across the capital, including Leicester Square.

The Daimler- and BMW-backed firm, Kapten, first launched in France in 2012, quickly becoming a major player in Paris, one of the most competitive markets in the world. Now the company has expanded into London, with an official TfL licence, following successful launches in Lisbon and Geneva.

James Herring, managing partner, Taylor Herring says; “We love working with brands looking to shake up the status quo and this London launch for Kapten is just that. Kapten are set to give dominant brands in the PHV sector a run for their money.”