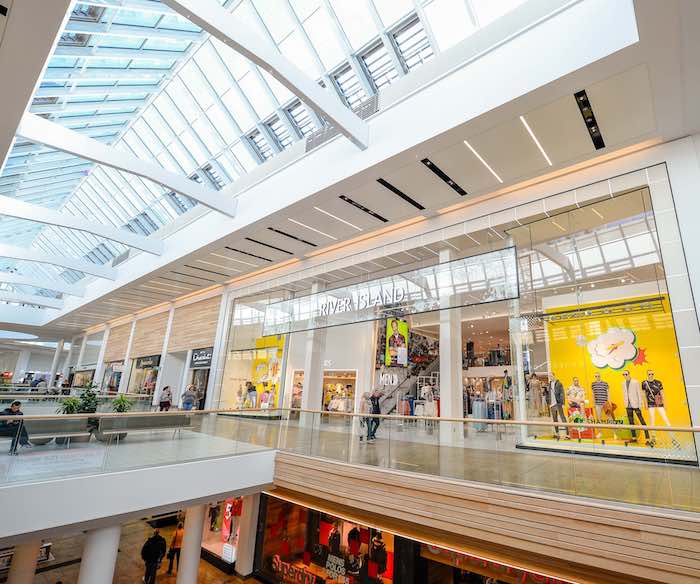 British Land, joint owners of Meadowhall, has announced continuing investment as five major retail brands take inspiration from the redesigned centre and commit to significantly improving their own stores.  River Island, Ted Baker, Footasylum, Primark and Molton Brown have invested a combined £6 million in improving the design and function of their stores at Meadowhall.

The new openings follow on from the £60 million transformation of the centre, which triggered occupiers to commit a total £40 million in redesigning and refitting their stores to fit the new contemporary feel.   The  improvements in Meadowhall have secured its future as one of the leading retail and leisure destinations in the UK.

Commenting on the news, Josie Cartridge, customer director at River Island, said: “Our new store at Meadowhall includes a variety of brand new design features and is going to be the template for how we format our stores moving forward.  We’re thrilled to now fully re-open and welcome people to our enhanced store concept.”

Richard Crowther, asset manager for British Land, added: “Stores remain an integral part of omni-channel retail.  Our transformation in Meadowhall, and the investment by retailers, has provided high-quality retail space aligned to the way people want to shop.  We’re delighted by this new wave of openings, which give people even more reason to visit Meadowhall.”

The refurbishment has attracted a plethora of new brands, including Mercedes who launched a 6,200 sq. ft. experiential store and Australian retailer House, which has recently signed for a 3,051 sq ft unit located on the High Street for one of its first stores in the UK.  Other new brands to the scheme last year included Joe Browns, Michael Kors, Flannels, Urban Decay, Skinny Dip, Tag Heuer, iSmash, Diesel, Joules, Jack Wills, Neal’s Yard, Nespresso, T2, schuh Kids, Pret a Manger, GBK and Barburrito.