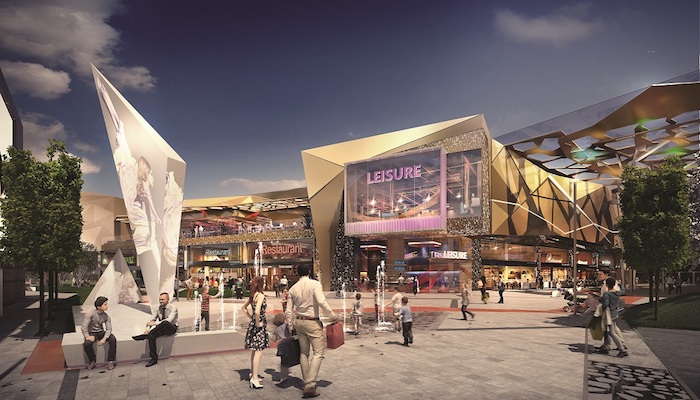 The retailer has doubled the size of its previous store, to 21,000 sq ft, as intu completes work on a £72 million leisure-led extension of the centre which has attracted a range of new brands and is expected to boost footfall by more than 2 million people according to CACI.

A number of other retail brands including Zara, H&M and Next have recently invested in new stores at intu Lakeside where a £10 million refurbishment of the centre is also underway.

Zara opened one of its largest stores in the country there in March and intu Lakeside’s tenants have invested around £9 million on new stores, refits and refurbishments during the first months of 2019 alone. A total of £28 million has been spent over the last two years.

Hollywood Bowl is the first brand to launch at intu Lakeside’s 175,000 sq ft expansion and other major leisure operators and dining brands including Puttshack, Flipout and Nickelodeon Adventure will open there later this this year. Thriving food hall business Market Halls has selected the new site for the location of its first out-of-town brand The Hall and new chicken restaurant concept Chiktopia will also launch there this summer.

Rebecca Ryman, regional managing director at intu, said: “We’ve invested millions to create even more opportunities for retailers and leisure operators to flourish at what is already one of the country’s most popular shopping destinations.

“More and more brands are investing at intu Lakeside because they know they will perform so well here, with River Island the latest big name to select the centre for one of its largest ever sites.”

Frances Baker, property director at River Island said: “River Island is delighted to have doubled the size of its current retail space at intu Lakeside. The combination of a loyal and high spending customer base, vibrant retail mix and the enhanced leisure offer make it the perfect location to create a new and exciting flagship.”