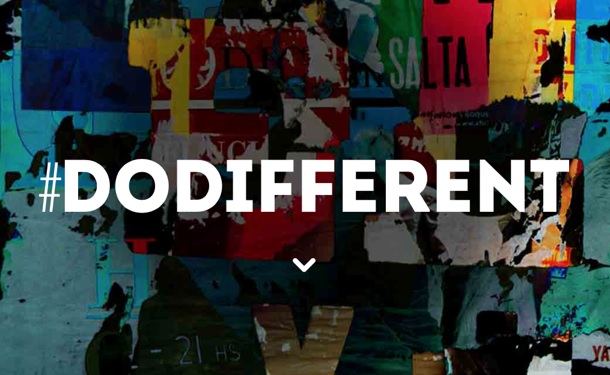 The Marketing Agencies Association’s #DoDifferent awards honour the year’s most innovative and groundbreaking marketing campaigns, and experiential agency Sense in on this year’s shortlist for its work with The Economist in the Long-Term Strategy category.

Since its launch, the ongoing campaign has generated more than 27,500 subscribers in around two and a half years. 60% of people taking up the discounted subscription through the campaign remained subscribers beyond the life of the offer. Meanwhile, perceptions of the brand shifted, with 24% more people considering it interesting, and 33% finding it less boring, according to emr consumer research.

“What started in 2014 as a one-day, one-location test in London to try out a new approach to attracting subscribers to the iconic business title, quickly spread across the UK capital with multiple teams in different locations,” explained Sense Board Director Sally McLaren. “In less than a year, the strategy was adopted throughout Europe and a few months later went international, with activations across Asia, Australia and the US.”

Sense developed activations inspired by articles from The Economist, which offered a vision of a possible future, but also challenged the comfortable status quo. Examples include: ice-cream and crepes enriched with insects, smoothies made with ugly food that was rejected by supermarkets, and coffee seemingly made with water fed directly from a portaloo.

“We set up a challenge for people, with the idea that those who were up for it were probably more likely to be the right fit for the brand,” said McLaren.

“The results speak for themselves, and for The Economist ‘Discomfort Future’ has become more than just a strategy; it has become a powerful thought that’s helping drive the growth and success of one of the world most authoritive business magazines.”

Sense New York has recently been launched to roll out the campaign across North America, providing the platform for the agency to expand globally.