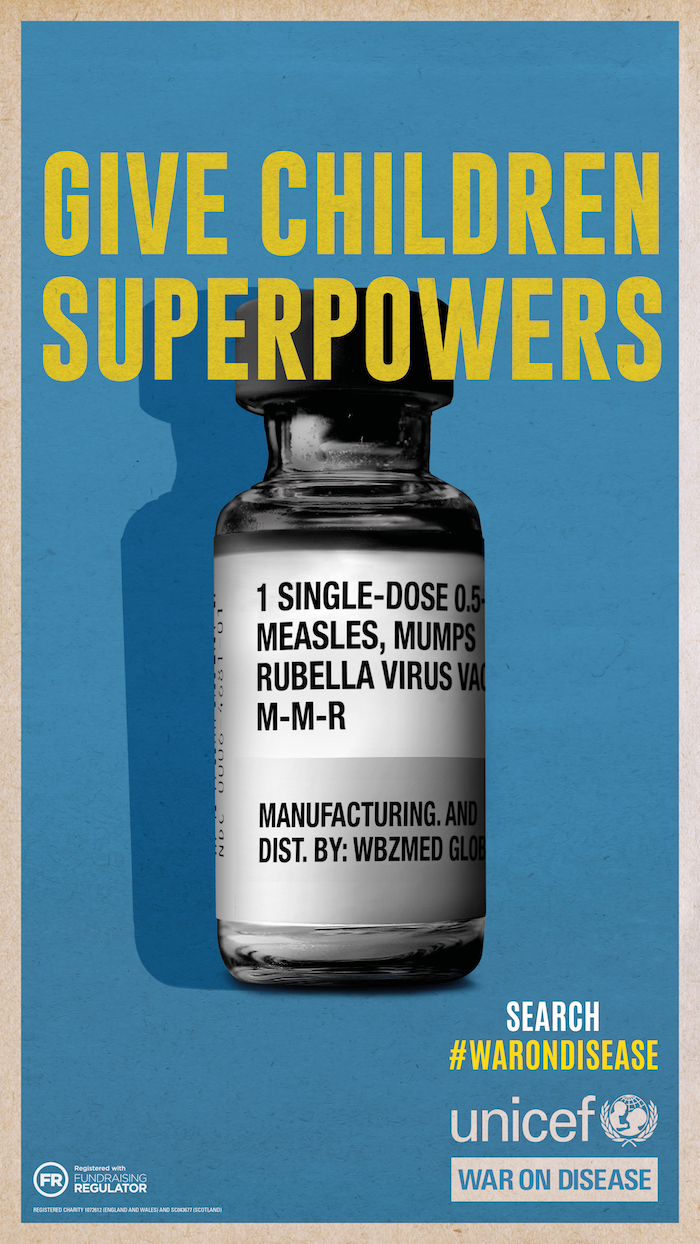 The campaign called “War on disease” outlines Unicef’s ongoing mission to eradicate global disease via vaccines. The film is set to Sign of the Times by Harry Styles (who gave the charity permission to use the song free of charge) and features Lord of the Rings actor Orlando Bloom.

The winter appeal campaign from the Publicis Groupe agency launches this week and will introduce a new and assertive campaign approach that ‘Declares War’ on deadly diseases and recruits people to sign up to join them in the battle to eradicate global illness.

“At Unicef, we feel strongly that our work protecting children’s health will impact future generations and the shape of tomorrow’s world. We asked The Community for a creative battle cry that would engage the UK public to join our movement and they answered our challenge with a powerful and contemporary campaign.” said Sophie Gallois, deputy executive director for communications, advocacy and programmes at Unicef UK.

Mark Hunter, ECD and Ryan Lietaer MD at The Community commented: “We are thrilled to have such great client partners at Unicef UK; from day one, they totally bought into the need to change the way they talk about themselves and their mission to get people re-engaged and inspired to join the cause. More than that, they pushed us at every stage to stay true to our vision so that we could deliver something capable of getting people to put their hands up and then in their pockets to give the money so urgently required to help vaccinate and protect children all over the world.”

Unicef UK  launched the campaign in digital on Monday 21st October and will host a Waterloo activation on the 28th October. The campaign will run across, Social, Outdoor, Radio, Digital, Ambassador influencers as well as corporate giving partners. Open Agency are responsible for below-the line-activity. Media planning and buying was conducted by The Kite Factory and VCCP media.