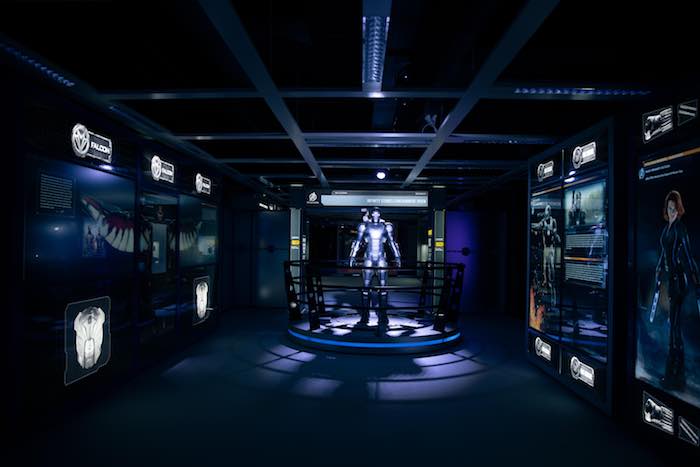 The St David’s Partnership, owners of St David’s in Cardiff, one of the UK’s premier retail and leisure destinations, has announced that global entertainment promoters, The MJR Group, launched the second interactive Marvel’s Avengers S.T.A.T.I.O.N. exhibit at St David’s on Friday 21 June.

Following the  success of their initial UK site in London, the brand has selected St David’s, Cardiff as the second destination for the exhibition. The interactive multi-room experience allows guests at St David’s to step inside the popular film and become part of the Marvel Cinematic Universe. As well as activities such as The Thor Observatory, Iron Man Engineering Bay, and Bruce Banner’s Lab offered at the London exhibition, Cardiff’s Marvel’s Avengers S.T.A.T.I.O.N. exhibition includes new exclusive character displays on Black Panther and The Wasp.

Speaking on behalf of the St David’s Partnership, a joint venture between Landsec and intu, Colin Flinn, intu’s regional managing director – west, said: “Marvel’s choice of St David’s as the first S.T.A.T.I.O.N. exhibit outside of London shows that the centre is a leading UK destination. This fun initiative benefits hugely from St David’s impressive footfall and Cardiff’s appeal as a principal city and offers our customers another exciting reason to visit the centre.”

Nathan Stone, creative director at The MJR Group, added: “The support and response from our fans in London was incredible and we’re so excited for this new installation. St David’s was an obvious choice for our second venture with its prime location in Cardiff, one of the UK’s most appealing cities. Cardiff fans are able to experience an exclusive collection of Avengers movie props and interactive technology, plus the exhibition offers educational elements which we believe will be a smash with St David’s shoppers.”